Marshmello and Ninja to star at Metarama music / esports festival

Music Ally has been talking for a while about the potential for live events combining music and esports. We’ve already seen music performances at major esports tournaments, of course, while MTV tested an esports/music festival in Singapore last year called Hyperplay.

Now two of the more prominent figures in recent games/music crossovers – Tyler ‘Ninja’ Blevins and Marshmello – are going to be co-headlining a hybrid festival in Las Vegas. It’s called Metarama, and will take place on 19-20 October. The bill really does jumble up gaming stars and musicians: Logic, Jacksepticeye and Snoop Dogg are on the second row of the poster, for example, with Alan Walker, Linsey Stirling, Lil Yachty and “a special gaming only appearance by Imagine Dragons” further down the bill.

Lollapalooza organiser C3 Presents is behind the event, with $150 weekend tickets and more-expensive VIP options offering meet’n’greets with the gaming stars. The news comes shortly after Fortnite publisher Epic Games held its latest pro-am tournament, in a 17,500-seater venue in California. 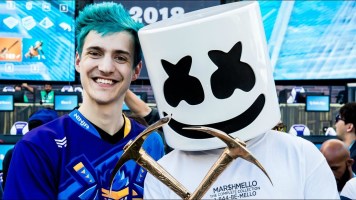 Twitch may be doing more with music, but gaming remains its bread-and-butter content. Now one of the platform's first and biggest stars is returning to it. Tyler 'Ninja' Blevins is well known to Music Ally readers: he...
Read More 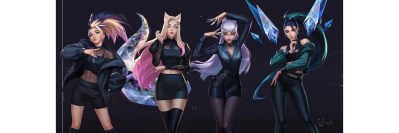 Hot on the heels of announcing a big partnership with Spotify, the publisher of esports hit League of Legends is bringing its virtual K-Pop group K/DA back with new music. Riot Games launched K/DA two years ago as a group...
Read More 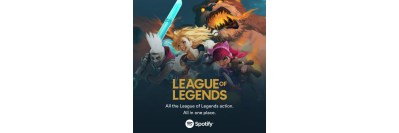 Spotify has announced its first marketing partnership in the esports world, and it's with one of its biggest players: Riot Games, the publisher of League of Legends. "Spotify is also now the official — and exclusive...
© Copyright Music Ally All rights reserved 2020 - Website designed and maintained by