Earlier this week, Facebook announced a new blockchain-powered currency called Libra, and a digital wallet for it called Calibra. Spotify was among the companies backing the plans by becoming a founder member of the independent Libra Association.

Now Spotify CEO Daniel Ek has been talking about his hopes for Libra, including the suggestion that it could one day facilitate direct payments to musicians from fans.

“I think like cryptocurrencies and blockchain are obviously two of the biggest buzzwords you can have today. And for me, I don’t think technology in itself is that interesting· What I do think is interesting is what we can do with that technology,” said Ek, in an interview for Spotify’s own Culture: Now Streaming podcast.

“What everyone who’s a part of Libra is trying to accomplish is: it’s interesting that we have all these different currencies, all of these different ways of doing things. But the reality is, there’s several billion people around the world that don’t even have access to a bank account,” he continued.

“They may not be able to trust the banking system, they may not even themselves trust their governments or other people. And I do think blockchain is an excellent technology, that can facilitate trust. What Libra is trying to do is really about creating money on the internet by allowing this thing to go, especially to the place of where people don’t have these opportunities.”

Ek noted that Libra will partly be about enabling purchases of physical goods, citing the example of someone using Facebook’s WhatsApp to pay for rice using Libra coins rather than physical cash. However, he also addressed the potential for Spotify and other digital services.

“The most important thing is it will enable paying for things digitally in many of the places around the world where those kind of methods just doesn’t exist. A service like Spotify, you can imagine what would happen by allowing users for instance to be able to pay artists directly,” said Ek.

(Whatever you think of Libra, the fact that Spotify is, right up to CEO level, even thinking about direct payments from fans to artists is a significant talking point for anyone mulling how the streaming service will evolve in the coming years.)

The podcast episode was recorded at Spotify’s pop-up studio at the Cannes Lions advertising festival, which is taking place this week. Ek also talked about Spotify’s podcasts push during his interview, suggesting that spoken-word shows are an important trend-bucking alternative to online video in 2019.

“I just think it’s a very different way of telling stories. And I think we can tell stories that are much deeper than many other mediums can,” he said.

What lends itself to really authentic, deep storytelling? You realise there’s a whole host of categories that might be super interesting. But I think that’s the reason why people are engaging with the format already.”

“An average podcast is almost an hour’s of content. And at the same time, everyone who’s talking about video are talking about, ‘well, video’s like four-minute snack-sized videos and that’s kind of…’. No, it’s actually going the other way when it comes to audio,” he continued.

“It’s one of the few long-form storytelling formats that we have, and in a world that’s just trying to get headlines, it feels to me this could be a great counterpoint to all of that, that allows us to get to the meat of a lot of these stories.”

Ek also said that Spotify’s recent announcement of a podcast-production partnership with Michelle and Barack Obama was a demonstration of the growing diversity of the podcasts world.

“As we are now doing a lot more programming, I think people will get excited about the space again,” he said.

“Just seeing what happened 10 days ago from the Obama announcement, how excited people are now about the category, because they all of a sudden realised that it doesn’t have to be two white dudes in a studio talking about something techy. That’s the interesting thing: this is a medium for everyone.” 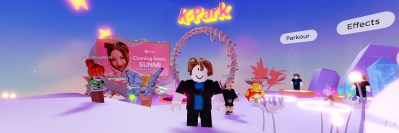