Music Ally really has been trying not to go too far down the Donald Trump road of slinging the word ‘fake’ willy-nilly. That said, in the last two years we’ve ended up reporting on ‘fake artists’ (who turned out to be production-music artists releasing their work commercially); ‘fake uploads’ (from people repackaging old and/or unreleased tracks from famous artists and putting them on streaming services); and ‘fake streams’ (artificial inflation of particular artists’ stream-counts, whether for promotional or even criminal purposes).

It’s the latter which is the focus for a new initiative that brings together industry bodies, rightsholders and streaming services. Announced yesterday, its centrepiece is a new ‘Anti-Stream Manipulation Code of Best Practice’ signed by all three major labels plus publisher Sony/ATV and indie licensing agency Merlin; Spotify, Amazon and Deezer; and a range of industry bodies representing labels, publishers and artists.

“The signatories to this Code of Best Practice… acknowledge that rights holders, streaming service providers and third parties involved in the distribution and marketing of music can and should play a valuable role in tackling stream manipulation, and wish to cooperate with each other to that end,” is one of the key clauses. The code goes on to make it clear that ‘bots’ and ‘click-farms’ racking up streams artificially are considered to be manipulation, but so are ‘pay-for-play’ arrangements “where payment is made to any person or entity in order to procure artificial plays via streaming”.

Saying you want to crack down on this is one thing, actually doing it quite another: it really will require good information-sharing between the various signatories both about bad actors and suspicious streaming patterns, and about new trends and types of streaming manipulation. It would be good to get a full spread of streaming services signed up: Apple and YouTube Music being the two obvious big western services missing from the launch announcement, plus the key services in markets like India and China.

Perhaps some analytics companies and relevant startups too, who may be able to help? One of the most impressive pitches at the recent Midemlab startups contest, for example, came from Austrian startup Legitary, which has been developing a machine-learning-powered tool to detect anomalies in companies’ streaming royalties. Bringing those kinds of companies in could show that the industry’s crackdown on streaming manipulation has real teeth. But as a statement of intent to tackle an important problem for the industry, yesterday’s code of practice announcement was a good start.

According to the IFPI, Sub-Saharan Africa generated $70.1m of revenues from recorded music in 2021.
Read More 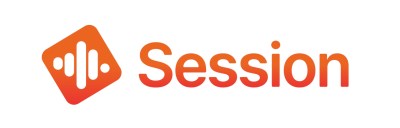 This is a guest column by songwriter-producer Niclas Mollinder, one of the co-founders – along with fellow songwriter-producers Björn Ulvaeus and Max Martin – of rights-data startup Session. Their platform aims to help artists...
Read More 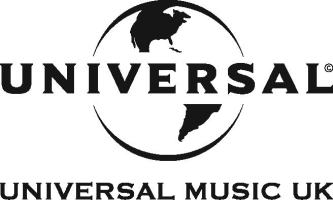