Ice cream. Weepy movies. Three-hour gym sessions. Howling at the moon like a crestfallen wolf. All good ways to respond to being dumped. Or you could listen to Katy Perry’s new ‘Songs About Moving On’ playlist on Amazon Music, of course.

It’s the first in a new series of playlists for Amazon under the banner of ‘Handpicked’, which will see artists picking songs for specific themes. The end of a relationship in Perry’s case, headed by her own ‘Never Really Over’ with Dua Lipa’s ‘IDGAF’; Britney Spears’ ‘Stronger’; No Doubt’s ‘Don’t Speak’; and (in another sign of 2019’s happiest beef-settling detente) Taylor Swift’s ‘Begin Again’. The playlist also has an audio introduction from Perry herself.

Amazon says more artists will follow Perry’s lead in the months ahead with their own ‘Handpicked’ playlists on themes “with personal significance to them”. 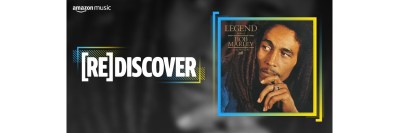 Sonos says its business held up despite Covid-19 impact

Audio firm Sonos saw its revenues drop by 4% year-on-year during the second quarter of 2020 (its fiscal Q3), but the company sees that as a good performance given the shutdown of many physical retailers due to Covid-19...
© Copyright Music Ally All rights reserved 2020 - Website designed and maintained by