Here’s a thought: the question ‘Are streaming services becoming record labels’ is boring. Not least because it contains the implicit assumption that, as DSPs like Spotify and Apple Music work more directly with artists, that those partnerships will be structured just like the traditional deals with labels are, rather than being something newer and more interesting.

(Plus, if you ask a senior executive from a streaming service ‘Are you becoming a label and signing artists?’ they just say ‘No, we’re not becoming a label, labels are important partners for us etc etc etc’ and the conversation doesn’t go much further.)

These thoughts are in Music Ally’s mind today after reading Rolling Stone’s interesting piece on how Apple Music is working with French rap duo PNL, who’ve been one of the breakout independent success stories in France recently. And now: “Apple just signed them. The company has inked a wide-ranging partnership with PNL which will see co-branded videos and promotions taking place in the months ahead, plus – it’s anticipated – special joint events.”

And also a re-released version of the band’s ‘Deux Frères’ album with four extra tracks that were exclusive (initially at least) to Apple Music. “Sources close to the PNL deal tell me that further Apple Music exclusives with the artist have been secured for the future, and that Apple is taking great pride in helping PNL maintain their fully independent status,” reported the piece. Meanwhile, Apple Music’s Larry Jackson praised PNL on Instagram: “These guys bravely turned down countless offers from every company in business to remain fiercely independent, and also stay in control of their own masters.”

The characterisation here is important: PNL haven’t ‘signed’ to Apple because they’re still ‘independent’: rather than replacing the label role, the company has positioned itself as a partner helping them not to need a label at all. But before anyone starts painting this as the single, inexorable new trend, think about someone like a Lil Nas X, who put his first music out through distributor Amuse before signing to Columbia as ‘Old Town Road’ popped; or think about Troy Carter’s Q&A artist-services company’s ‘upstreaming’ partnership with Atlantic Records.

DSPs working directly with artists including licensing their music – the return of ‘exclusivity’ in PNL’s case is interesting, although let’s see how long that exclusivity lasts – is definitely disruptive. But this is less a tale of ‘streaming services replacing labels’ and more about ‘new kinds of deals in new shapes for both sides of that equation’. It’s a fascinating time: and for once this disruption is playing in favour of artists’ rights and control, rather than against it. 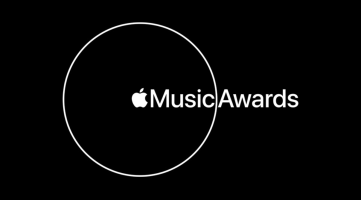 It’s nearly a year since Apple Music held its first awards, anointing Billie Eilish as its inaugural ‘global artist of the year’ with additional prizes for Lizzo and Lil Nas X. Now the awards have returned...
Read More

Shazam reveals that it now has 200m monthly active users

The last time we had a figure for how many users Apple’s music-identification app Shazam had, it was 478 million annual active users in 2018. It’s not the most satisfying of metrics for gauging an app’s...
Read More

Earlier this month, we wrote about how online brand LadBible had put Craig David and KSI on people's desks via an augmented reality music video. Now another part of the LadBible empire, music community Unilad Sound,...
© Copyright Music Ally All rights reserved 2020 - Website designed and maintained by