YouTube has announced its latest new features to help creators make money, in a keynote speech at the VidCon conference by its chief product officer Neal Mohan.

One of those features is ‘Super Stickers’ – animated stickers that fans can buy during live streams and video premieres “to show their favourite creators just how much they enjoy their content”. Music will be one of the categories for sticker designs, and with more artists taking advantage of YouTube’s premieres feature, we suspect a few will be giving Super Stickers a try.

Also new: tiered channel memberships, expanding the existing feature where fans can pay $4.99 a month for special perks and exclusive content from a channel. Now there’ll be the option for channels to offer up to five different price points with different perks. One channel, ‘React’, has been testing this feature and “have seen their memberships revenue increase by six times after introducing two higher-priced tiers” according to Mohan’s blog post after the keynote. He also bigged up YouTube’s ‘Super Chat’ feature where fans can spend money to have their messages stand out during live streams and premieres. “There are now over 90,000 channels who have received Super Chats, with some streams earning more than $400 per minute,” he wrote. “Super Chat is now the number one revenue stream on YouTube for nearly 20,000 channels – an increase of over 65% over last year…”

YouTube under fire over music licensing impasse in Denmark

Something is kicking off in the state of Denmark, and it's the latest music licensing controversy around YouTube. Danish collecting society Koda issued a press release last week titled 'Google removes all Danish music...
Read More 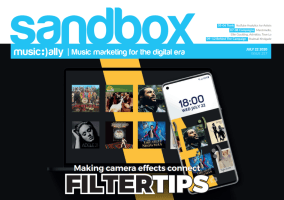 Lead: Music-centric filters on social apps are designed to appeal not just to hardcore fans but also to get enough “shareability” to pull in potential new fans. They are also being used by labels themselves to create...
Read More 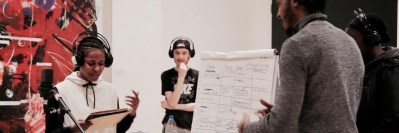 In February this year we wrote about Amplify London, a new partnership between YouTube Music and UK charity London Music Fund to support grassroots projects for young musicians. Now the first five projects to benefit have...
© Copyright Music Ally All rights reserved 2020 - Website designed and maintained by