Chinese technology company Alibaba’s music-streaming service, Xiami Music, is hoping to steal a march on rivals by boosting its sound quality – via a partnership with hi-res audio firm MQA.

Xiami will be using MQA’s technology for the ‘SVIP’ tier of its service, initially within its Android and iOS apps. It will also be giving all its users a free trial of the higher-quality music, before requiring them to start paying for an SVIP subscription to continue listening to it.

“We are very proud to be the first music service in China to offer MQA, as we continue to push the technological boundaries in pursuit of improved sound quality to benefit our music fans and all musicians on our platform,” said Xiami Music director Long Yang in a statement.

It’s a significant deal for MQA, joining a stable of partners that includes Tidal, Nugs·net and Onkyo Music. The company says that China is already the fourth-biggest market for sales of MQA-capable devices, but this is its first DSP partnership there.

Xiami Music actually dates back to 2008, although Alibaba acquired it in 2013. It’s thought to be the fifth-biggest music-streaming service in China, behind Tencent’s QQ Music, Kugou and Kuwo, as well as NetEase Cloud Music.

“Xiami has had a decidedly independent music focus – both in how it was founded and in the music it licenses. The focus has been on creating a platform for DIY artists and creating a service notable for innovation around AI and fan curation,” MQA CEO Mike Jbara told Music Ally ahead of the announcement.

“While it may have the fewest subscribers of the BAT-controlled services [BAT standing for Baidu, Alibaba, Tencent] the engineering and operational expertise we see within Xiami is unmatched. The culture of innovation – combined with Xiami’s excellence at identifying its development priorities and executing against those plans – makes them formidable.” 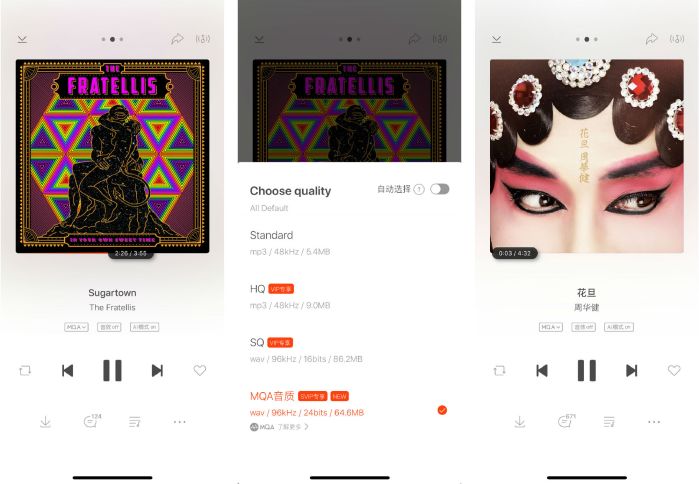 China’s digital-music ecosystem has come a long way since the days when unlicensed download sites were the norm. A subsequent crackdown by the Chinese government shifted the emphasis towards the licensed services from Tencent, NetEase and Alibaba.

According to the IFPI, China was the seventh-biggest recorded-music market globally in 2018, but it was the fourth-biggest for streaming specifically, overtaking Japan for the first time. Its $478.1m of streaming revenues that year accounted for nearly 90% of the overall market.

“In many ways, China is the ideal showcase for the value that MQA brings. MQA is the unique enabler of authenticated studio quality on mobile. China’s music market is almost entirely about the mobile consumer,” said Jbara.

“When you consider the fact that China was MQA’s fourth largest hardware market, without an MQA music service, it points directly to the unmet demand in China for studio-quality content for their studio-quality devices. We expect China to quickly move to the number one device market for MQA.”

Jbara pointed out that Alibaba is also “self-sufficient in its ability to provide music and devices”, while predicting that if hi-res makes an impact in China, alongside other aspects of the market, there could be a knock-on-effect for other countries.

“We believe the music monetisation model in China can provide some of the missing pieces for ROW [rest-of-world] markets looking to command greater share of attention of the consumer,” he said.

“The established links in China between fan and artist – via social currency – will begin to emerge in other markets. By leading with audio quality and artist advocacy, while also finding ways to monetise engagement, we may be looking at the new streaming model.”

“As observers of how the markets are developing, we expect the size of the opportunity in China will drive creative problem-solving and innovation rather than conformity to traditional models. It seems likely some of these new methods will expand beyond the borders of China.”

There has been plenty of talk recently about China’s next stage being a drive to persuade more people to pay for a music subscription, rather than just listen to free, ad-supported tiers of streaming services.

Tencent Music’s three services, for example, had 654 million mobile monthly active users at the end of March 2019, but only 28.4 million of them were paying for a subscription – so about 4.3%. Comparable figures for Xiami are not available.

It’s been suggested that putting more new, popular music behind the services’ paywalls may be one way of driving subscription takeup. MQA’s Xiami deal – and its focus on the service’s SVIP tier – hints that audio quality could have a role to play too.

“The service landscape in China has come a long way since the majors did their first licences in China. As those deals come up for renewal, we expect to see greater competition around content availability and, thus, a greater premium on services with deep fan engagement,” said Jbara.

“Time-Spent-Consuming should emerge as a metric and we expect it to be defined differently than in the past. Engagement across music-related platforms – and its associated monetisation – will emerge as a key consideration.”

Tencent Music has published a report from its internal research institute exploring how China’s music-streaming economy grew in 2021.
Read More