Music Ally has learned to put on its Sceptical Hat (like the Hogwarts Sorting Hat but more cynical) when fielding press releases from startups touting “blockchain-enabled attention economy solutions”. But in the case of Israeli startup HyperSpace, its latest announcement comes with a notable partner attached: Universal Music Austria.

The companies are teaming up with the Centre for Applied Game Studies in Danube University Krems for a project called Amplitude, which “is testing HyperSpace as a platform for artist promotion and content publishing” – complete with its own AMP cryptocurrency.

Amplitude will be used for emerging artists in Germany, Austria and Switzerland, who’ll upload their music to the platform. “All users on HyperSpace are allocated AMP via the Universal Basic Income (UBI) model on a daily basis. The cryptocurrency-based UBI will allow all users to participate in the platform’s attention economy, and Universal Music Group will closely observe participants that perform well during the experiment,” claims the announcement. It all kicks off in July and lasts until December, with the promise that the results will be published in January. 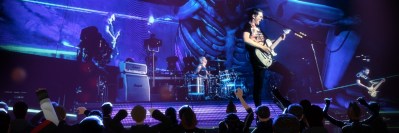 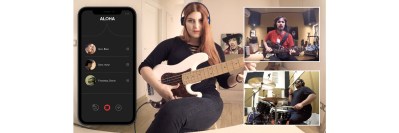 We've written about a blizzard of new livestreaming startups in recent months, but Aloha – which is the work of Swedish 'audio operating system' firm Elk – is a bit different. It's described as "a virtual shared...
© Copyright Music Ally All rights reserved 2020 - Website designed and maintained by