We’ve been writing about the monster funding rounds and music activities (e.g. an exclusive Moby album) for mindfulness startup Calm recently, while rival Headspace was one of the first companies to partner with Spotify on bundled subscriptions. Now there’s another player in the music+meditation sector: Wave.

It has raised just under $5.7m in seed funding to launch a service that includes an app to stream music and guided meditation, but also a physical element: a vibrating pillow. The company will charge $199 for the latter, while the app costs $9.99 a month.

Wave is commissioning original music for the app, with its co-founder Mason Levey describing it to CrunchBase as “Stranger Things meets Aphex twins meets Kanye meets 808”. We’re hoping the plural Aphex Twins is a mistranscribed quote or a joke by Levey…

VC firm Lerer Hippeau is among the company’s investors, and put out its own blog post explaining why. “When we looked at the market, we noticed a gap in offerings and space for a mass market brand in meditation that makes it easy to develop the habit. We wanted something that was uniquely different and that made meditation more accessible, less prescriptive, and more fun,” they wrote. 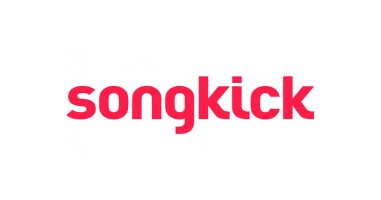 Warner Music Group bought the Songkick app and website in July 2017, and has continued to run it since as a way for people to find out when artists they like are playing concerts near them. WMG is also continuing to invest...
Read More

TikTok was world’s most downloaded non-gaming app in June

Analytics firm Sensor Tower has published its latest rankings for mobile apps, reporting that TikTok was the most downloaded non-gaming app globally in June 2020, ahead of Zoom and Facebook. The company claims that TikTok...
Read More

"Hello. I'm Harry Styles..." Those four words have set off some social-media excitement overnight, spoken by Styles himself in a promo video for meditation app Calm. He's going to be reading one of the 'sleep stories'...
© Copyright Music Ally All rights reserved 2020 - Website designed and maintained by