Sony Music brings recordings and publishing under one roof

By now you’ll have seen yesterday’s big news in the three-letter-acronym world: UMG and WMG will now be joined by SMG, as Sony Corporation revealed plans to merge its non-Japanese recorded-music and music-publishing arms under a single roof: Sony Music Group. Current Sony Music boss Rob Stringer will run SMG while maintaining his recorded-music role, with Sony/ATV boss Jon Platt reporting in to him.

“This unification will help us foster a higher level of collaboration between our recorded music and music publishing businesses, while respecting and maintaining the independence and unique culture of each organisation,” was how Sony Corp’s Kenichiro Yoshida put it in a memo to colleagues that quickly leaked to all available industry media. Sony’s Japanese music businesses will not be included in SMG, while Yoshida stressed that Platt “will retain the authority and responsibility he currently has with respect to the operation of the music publishing business”.

SMG isn’t an unfamiliar entity: Universal Music Group runs with a similar structure. It’s also too early to do anything other than speculate about how the negotiating clout of the combined SMG (for example when renewing licences with streaming services) will be different from before. Yes, more clout, but what that will mean in terms of specific wins at the negotiating table will only be clear once deals start to be done.

One thing on Music Ally’s mind for all three major music companies, however, is the internal dynamics in what’s set to be one of the most sensitive industry issues in the near future: how the revenues from streaming are divided between labels and publishers (i.e. between recordings and songs/works). At the heart of some of the rancorous debates about songwriter streaming royalties are the fact that publishers take a much smaller slice of the pie than labels – and that’s something that can only change meaningfully with the buy-in of the latter.

So, while the question of whether Sony Music Group will be better placed to duff Spotify up in licensing talks is entertaining, the as-important question is how Stringer and Platt (not to mention Lucian Grainge and Jody Gerson at UMG, and Max Lousada and Guy Moot/Carianne Marshall at WMG) will approach the issue of streaming splits in the months and years ahead. As much as the power dynamics are still skewed significantly towards labels/recordings, the bigger challenge of making streaming sustainable for artists, songwriters, rightsholders and DSPs alike will hopefully foster at least some degree of constructive compromise as our industry moves forward. As ever, Music Ally is an optimist / fool on this front (delete as appropriate).

The figures are in for all three major labels, with Sony Music's latest quarterly financials published yesterday as part of its parent corporation's.  MBW has the yen-to-dollar analysis: Sony Music's recorded music revenues...
Read More

Shooting music videos is possible but challenging within the social distancing measures of this Covid-19 pandemic. The latest example of an artist getting a creative way around those barriers is Noah Cyrus, as part of the...
Read More 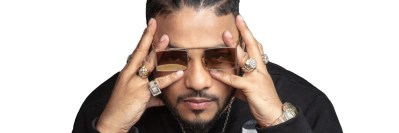 One of the trends that's been bubbling for a while now in India is the rise of independent hip-hop. Note, 'independent' in this context means 'independent from the film-music industry' more than it does 'independent from...
© Copyright Music Ally All rights reserved 2020 - Website designed and maintained by