However deliberate it was when they were originally created, Spotify’s playlists have got one thing very right in the current streaming age: RapCaviar, Viva Latino and others have become strong brands in their own right.

Apple Music has been doing interesting things with its playlists too – for example commissioning artists to create original, varied artwork for its curated playlists – but now it’s clearly also keen to beef up its key brands. Witness playlist The A-List: Hip-Hop, which has just been revamped as ‘Rap Life’. Focused on hip-hop, it’ll now also have a weekly show on Apple’s Beats 1 radio station.

“Rap Life will update as the culture updates. We will move at the speed of culture and some weeks that will be daily as new marquee material drops,” Apple’s Ebro Darden told Billboard.

It’s the latest sign of the battle between Apple and Spotify (and others, but these two in particular) to represent hip-hop best in the streaming world. Big numbers for a host of hip-hop albums has already shown that Apple has built a culture and an expectation from listeners for the genre, but until now it lacked a RapCaviar-level brand to go with it. Game on.

Apple Music’s latest curated playlist, Base:Line, is the result of a partnership with basketball body the NBA and distributor/artist-services firm UnitedMasters. According to Bloomberg, the new playlist will have 40 songs...
Read More 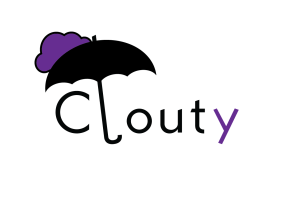 Startup Clouty says it’s the world’s “first music betting platform”, offering music fans the chance to gamble in “contests about the latest releases and predictions in the rap game”. According to its website,...
Read More

There’s joy to be found in the fact that on the day Spotify launches a playlist for pets, Apple Music is making Orville Peck the latest emerging artist to be chosen for its Up Next initiative? Orville being the famously...
© Copyright Music Ally All rights reserved 2020 - Website designed and maintained by