Mixhalo is one of the music/tech startups that was actually founded by professional musicians: violinist Ann Marie Simpson-Einziger and Incubus guitarist Mike Einziger. The startup claims to be “democratising audio at live events” by streaming top-notch audio to people’s smartphones.

“Build onstage VIP seating or offer an audio upgrade in the nosebleeds,” as its pitch puts it. “Customise the listening experience with volume control and tune into another stage or a specific band member with the multi-mix feature.”

Mixhalo launched two years ago and has since been used by artists including Metallica and Aerosmith, and now it has raised a Series A funding round of $10.7m to continue building its tech and business.

TechCrunch reports that the company also has a new CEO, Marc Ruxin, who back in the day was the boss of music-discovery startup TastemakerX. “We’re definitely solving a problem in music that people don’t realise they have,” said Ruxin, who is focusing on music and sports as the two key verticals for Mixhalo at this point.

Competitors in music include Peex, which offers a wearable device and app to let concertgoers tweak the audio mix when watching a gig. 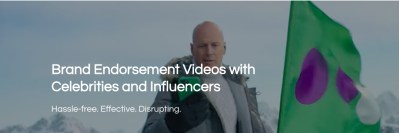 Triller says that it has secured a new $310m investment

Despite legal headaches including an ongoing lawsuit from Sony Music, Triller says that it now plans to go public this quarter.
Read More