Our Behind The Campaign feature in the latest issue of Music Ally’s Sandbox report covers the campaign for Brooklyn-based indie rock band Charly Bliss’s new album, Young Enough, which came out in May.

The central component of the campaign was the launch of CBTV, a round-the-clock MTV-style “station” that created multiple pieces of content that initially lived inside the broadcast but which are now being posted online in their own right. It was an incredibly smart way of creating something interesting within a short timeframe and also without having to spend huge amounts of money on it.

Nathan Roberts of Lucky Number Music talks us through the campaign and how the band filled their station with all manner of faux-shows like a spoof reality programme, a cookery show, a Drunk History-style overview of the band (Drunk Blisstory) and a makeup tutorial. “Once they latched onto the idea of all this original content going into the broadcast, they really went with it,” says Roberts. To learn more about CBTV and the rest of their campaign, click or tap here.

Adult colouring books are a significant part of the book publishing world, with plenty of apps offering this too – usually in the name of mindfulness. Now Sony Music UK is getting in on the colouring action with a new site...
Read More 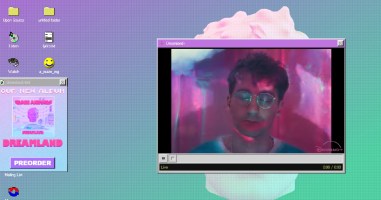 In the lead up to their new album, Dreamland – scheduled for release in July – Glass Animals have created an online replica of their computer desktop that comes with assorted artwork, stems, samples and photos for fans...
Read More 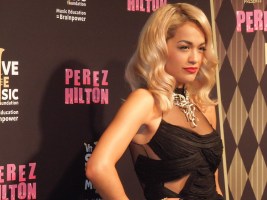 We are seeing lots of campaigns having to quickly adapt their planned real-world elements to work as purely online initiatives – and the immersive video for Rita Ora’s ‘How To Be Lonely’ single is a very good case...
© Copyright Music Ally All rights reserved 2020 - Website designed and maintained by