SiriusXM financials include the latest figures for Pandora

US satellite-radio firm SiriusXM published its latest financial results yesterday, including figures for its Pandora music-streaming subsidiary. The overall news was good, but while Pandora showed strong growth in advertising and subscription revenues, there’s work to do to pull it out of its decline in listeners.

SiriusXM’s total revenues from its radio business were $1.54bn in the second quarter of 2019, up 7% year-on-year. The company ended the quarter with 29.3 million ‘self-pay’ subscribers, and 34.3 million total subscribers once, for example, those getting SiriusXM through promotions with a new car were factored in. The radio business generated a gross profit of $944m in the quarter.

Pandora ended Q2 with seven million subscribers, of which 6.2 million were classed as ‘self-pay’ rather than on promotional trials. However, it only added 64,000 new self-pay subscribers during the quarter, down from 246,000 in the first quarter of this year. Pandora’s gross profit for Q2 was $157m, with “lower revenue share and royalties” contributing to a 40% growth in that metric year-on-year.

“At Pandora, we are well under way with a much needed restructuring efforts. But the real work on changing usage trends is just beginning,” said SiriusXM CEO Jim Meyer in the company’s earnings call last night. “This will come from adding more content to the platform, improving the app and user experience and better deploying Pandora in car… Stabilizing the user base and the ad-supported listening hours will not be done quickly or easily. But we expect that with these investments in content and product, combined with better OEM support we can alter this trajectory over time.”

Other notes of interest from the call: Pandora currently has a catalogue of around 3,000 podcasts, but intends to expand that to “between 5,000 and 10,000 by the end of the year”. Meanwhile, president and chief content officer Scott Greenstein talked up the companies’ new partnership with Drake. “It is unequivocally the deepest we’ve ever gone on any artist deal. All our other artist deals are largely content deals with a little bit of marketing,” he said. “This is a very deep two-platform SiriusXM and Pandora deal. It has multiple content components. It does have marketing components that will roll-out later and other things with it that will show how deep and unique this deal is.”

You’ll need to speak Swedish (or have Google Translate and plenty of patience) to dig properly through production music company Epidemic Sound’s annual financials. Thankfully, the company has published an English-language...
Read More 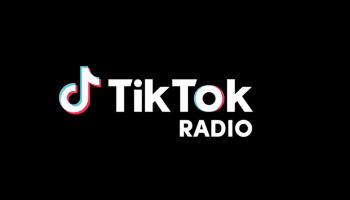 TikTok gets radio station and playlists with SiriusXM

Who needs stuffy old traditional radio in this exciting new world of on-demand music streaming and short-video apps, eh? We’re in the TikTok era now, nobody wants to tune in to a radio station where someone else controls...
Read More

Games firm Roblox is firmly on the music industry map now, and since it’s a public company we get a quarterly insight into its growth and financials. Roblox published its Q1 results last night, revealing that it generated...
© Copyright Music Ally All rights reserved 2021 - Website designed and maintained by