UK Music wants government to step in over PledgeMusic collapse

Yesterday saw PledgeMusic’s winding-up hearing in London, which had only been reported on (and thus made known to artists owed money by the stricken crowdfunding company) the day before. No surprise, then, that industry body UK Music is unhappy with the turn of events. Its deputy CEO Tom Kiehl wants the British government to step in, and published a letter sent yesterday to the parliamentary under secretary of state at the department for business, enterprise and industrial strategy with responsibility for consumer affairs, Kelly Tolhurst MP.

“Many musicians across the UK relied on crowdfunding website PledgeMusic to deliver payments from patrons, to pay for album recordings and other costs,” wrote Kiehl. “The winding up of this company represents an entirely unsatisfactory development for the many music fans and creators who have invested so much into projects through this scheme.”

Kiehl wants Tolhurst to refer PledgeMusic to the UK’s Competition and Markets Authority (CMA) for an investigation into the collapse of the company, and he’s also keen to get another regulator, the Financial Conduct Authority (FCA) involved.

Four Tet amends Domino lawsuit to include breach of contract

The legal battle between Kieran 'Four Tet' Hebden and label Domino continues, with Hebden being given permission to amend his lawsuit.
Read More 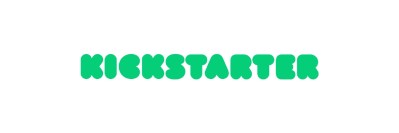 The plans are for "the development of a decentralized crowdfunding protocol that will make it possible for people to launch and fund creative projects anywhere".
Read More

They claim the latest version "fails to deliver on the DSA’s original objective of establishing more accountability for online platforms and creating a safer and more trustworthy online environment".
© Copyright Music Ally All rights reserved 2022 - Website designed and maintained by