PledgeMusic founder Benji Rogers has responded to criticism of the crowdfunding company’s liquidation this week in London. That criticism was based on the fact that Pledge had filed papers for its wind-up hearing in June, at a point when artists were being led to believe a sale might still be possible for the company.

In a note posted to Medium, Rogers said that Pledge had indeed been pursuing a sale – “In order for an administration to be successful any sale would have needed to generate a minimum price and although we were in contact with several interested parties, ultimately none offered that price and so we were unfortunately unable to appoint an administrator” – but had filed for the liquidation at the same time in case the latter process was needed. “If we had managed to negotiate an administration sale and appointed an administrator then the liquidation application could have been suspended,” wrote Rogers.

The wind-up hearing this week isn’t the end of PledgeMusic’s story just yet. A group of UK music-industry bodies have created a digital resource-pack for artists affected by the platform’s collapse. Meanwhile, people are digging back into PledgeMusic’s past financial results – this blog post on music blog My Emu is Emo for example – to explore how and when it all started to go wrong. 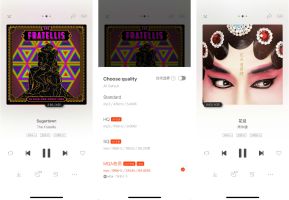 At the start of December 2020, rumours swirled about the future of Xiami, one of the established music streaming services in China. Local reports suggested that its owner, tech giant Alibaba, was preparing to shut the service...
Read More

Apple is shutting down its Music Memos recording app

In early 2016, Apple launched a new app for musicians called Music Memos: a free, music-focused alternative to the Voice Memos app on iOS devices, for capturing ideas then exporting them to GarageBand or Logic Pro X. We...
Read More