Korn will play a virtual concert in AdventureQuest games

When Marshmello played a concert in the game Fortnite earlier this year, he pulled a virtual crowd of 10.7 million people. Korn won’t have expected that scale of audience for their own virtual in-game shows yesterday, but the move shows that in the wake of the Marshmello success, other games and other artists are exploring the potential for these kinds of events.

Korn worked with games firm Artix Entertainment on their pair of shows, which were held within its AdventureQuest 3D and AdventureQuest Worlds games. The event saw the band open the ‘Battle Concert Arena’ within the game worlds, with Artix encouraging players to show up. “Battle monsters, score loot, and hear a new song from Korn’s upcoming album…. THE NOTHING”.

The developer converted the band into characters to make the “multiplayer monster mosh pit” happen. It was free for players to attend, but Artix also launched a paid (via in-app purchase) ‘special event pack’ for the event, which costs $9.99.

“The special event package includes the Korn-branded items, the Heavy Metal Mosh Pit Marauder Armor, exclusive travel forms which let you transform into the new monsters from the show, bonus quests, and more… including a backstage pass so you can get a virtual backstage experience with the virtual band and take a virtual selfie…”

The concerts will be replayable for the next month. We shot a video this morning showing the experience, which you can watch here. 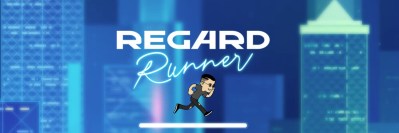 Music Ally last covered Kosovo-based artist DJ Regard in September 2019, when his 'Ride It' track became a TikTok-assisted viral hit. Now the artist, signed to Ministry of Sound, is getting his own casual game, Regard Runner,...
Read More 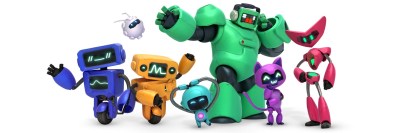 Mixer was tech giant Microsoft's rival to Twitch and other livestreaming video platforms, focused squarely on gaming. You may remember that in August 2019 it signed an exclusive deal with Tyler 'Ninja' Blevins (of 'played...
© Copyright Music Ally All rights reserved 2020 - Website designed and maintained by