Techstars Music 2020 kicks off: ‘We will look at everything!’

“We want to invest in a game where the playing of the game includes all the roles of the music business, and the output of the game is real music and real pop stars. I’ve been trying to make this investment for three years. I feel it’s inevitable…”

If that startup exists, Bob Moczydlowsky, MD of the Techstars Music accelerator, is determined to find it. In fact, he’s looked at around a dozen startups during that last three years who were close but not quite the “full musical Hunger Games” venture that he can see clearly in his head.

“All of the parts are out there, and all of the consumer viewing/entertainment habits too. We have television shows that do this, it’s been predicted in pop culture a lot… Maybe there’s some structural reason why it wouldn’t work, but I feel it’s time for that to exist!”

Perhaps it’ll be fourth year lucky for Moczydlowsky and Techstars Music. Today, the accelerator is announcing its plans for its fourth cohort of startups in 2020, with plans for a ‘recruiting tour’ that will visit New York, Los Angeles, Tokyo, Brisbane, Sydney, Nashville, Atlanta, London, Berlin, Helsinki, Paris and Stockholm in the next few months, scouting for startups.

By December, 10 startups will have been chosen to join the 2020 Techstars Music programme, which kicks off in early February, taking $120k of investment each in the process.

“We’re actually at the point where we only have one more possible slot in the membership,” Moczydlowsky told Music Ally ahead of the announcement. “If another major global company was to join the membership, we’re full! In the past on the fundraising side, it’s been about making sure there’s money in the fund and operating capital. Now that the programme itself is almost fully-subscribed, our fundraising is about how we add leverage and power to the programme.”

Moczydlowsky is excited about the addition of eOne as a member company, due to the fact that it’s not just a music company: it’ll give Techstars Music another entry point to the film and TV industry for any startups that are relevant – he cites interactive video and influencer-marketing platforms as potential examples.

“eOne is on the rise. They’ve had a great couple of years, and they’re getting more diverse and more aggressive in the things that they do,” he adds. “The Oscar winner for Best Picture is theirs [‘Green Book’] and the hottest rapper in the world is theirs [Blueface]. They’re definitely in the ascendant at the moment.”

As ever, Techstars Music is casting its net wide in 2020, not just in terms of geography – the 30 companies from its first three cohorts hail from 11 countries – but in terms of the kind of startup.

“Our language is all about ‘companies solving problems for music’. They’re not all ‘music companies’. We don’t want 10 music companies either,” said Moczydlowsky, suggesting that while the traditional notion of a music startup was “defined by the vintage of companies from 2007 through 2010: SoundCloud, Spotify, Topspin, Next Big Sound”, in 2019 it’s much wider.

Moczydlowsky cited Blink Identity from Techstars Music’s 2018 cohort as an example: although its tech focused on facial recognition for ticketing at concert venues, its potential is bigger.

“They’re working with Ticketmaster to make your face your ticket. If you walk up to the door and it’s supposed to open, it opens. If it’s not, it doesn’t. That’s not a music company, but they used the leverage of our programme and its access to the music business… and are now an awesome venture-sized opportunity,” he said.

Endel, also from 2018, is another example. While most of the reporting on its tech has focused on its music-generating AI, Moczydlowsky sees it more as a company capable of understanding how people are feeling, and serving them accordingly.

“That company’s ambition is to be a smart-home controller: the output of that company can be music, yes, but it could be lights, temperature, the angle of your [window] shades, maybe give you a piece of news or entertainment… There are a lot of things about that which are not just a music company.”

Moczydlowsky hopes that for Techstars Music, this willingness to cast its net wide is also something that reassures any investors who are skittish about ‘music tech’ as a startup sector, spooked by past experiences of startups who required licensing deals for their businesses.

He pointed out that 17 of the accelerator’s 30 alumni have raised a combined $67m in ‘post-program’ funding, with a long list of venture funds chipping in.

“There are still investors whose first reaction is ‘we’re not interested in music’, and then when we explain the way we’re operating they’ll say ‘that’s way more interesting than I thought it would be’, and then when they come to meet the companies it’s ‘this is way better than we expected!’” he said.

Moczydlowsky added that the $67m figure will soon be out of date: a number of startups from the program’s 2019 intake are closing funding rounds that will be announced over the coming months. Techstars Music also recently celebrated its first exit: podcasting company Acast acquired 2017 alumni Pippa in April this year.

Follow-on funding and exits are important for the accelerator’s credibility. “We’re in this for the money! We’re not running a school,” laughs Moczydlowsky. “Techstars is a network to help entrepreneurs succeed, and to grow your business. We’ll definitely get to a point where we’re judged in IRR: what’s the rate of return on invested capital?”

“Are these companies raising more rounds? Are they having exits? Are we getting into venture-sized opportunities? There are four quarters in the basketball game, and this is the end of the first quarter. Okay, these guys can play, but it doesn’t mean we will win the game. There’s a lot of road to travel here, not to mix my metaphors…”

And so, Moczydlowsky and the Techstars Music team are setting off on their travels again, which is the point in the interview where he tells Music Ally about his hopes to find that long-sought ‘musical Hunger Games’ startup.

He’s made it a principle to be open to all ideas, even those he’s heard many times before. And there are some of those.

“The one we’ve seen most by far is ‘an app so you can listen to the same streaming music that your friends are listening to, or a famous athlete or whoever’. There’s not a problem to be solved there!” said Moczydlowsky.

“That’s the [kind of] company we have passed on the most. We’ve also seen the ‘LinkedIn for music’ thing a lot. I’m sceptical of niche networks for job searching and business: that stuff can be done within larger platforms, and music is a transient network.”

“But we’ll always look at it, and we look at the ones that are shared listening too. The surefire way to be wrong is to say ‘this thing will never happen’. We will look at everything.”

In a more general sense, what is Techstars Music looking for? Moczydlowsky describes the priorities as, in order: Team, Team, Team, Market, Opportunity, Idea. The humans, then, are all-important, as is their desire to solve a problem for which there is hopefully a “giant financial reward” if they succeed.

“You can’t be cynical. Part of why I’m lucky enough to get to do this job is that I’m kinda unemployable otherwise! It’s the only category I’m interested in. I don’t want to go and work in self-driving cars or ad-tech. I’m a music fan and a technologist, I want to work in technology and around music. It’s all I’ve ever done,” he said. 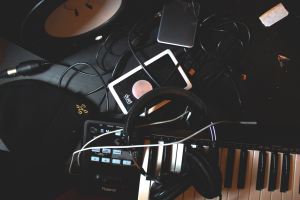 500 Startups is one of the most famous startup accelerators, based in San Francisco and now into its 25th program. This time round, there are two music/tech startups in the mix: BeatDapp and Renaissance. BeatDapp is one...
Read More 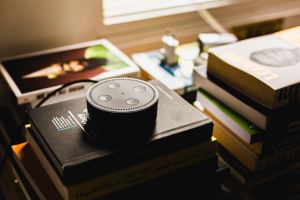 Techstars Music boss talks the future of the music industry

Bob Moczydlowsky has made a success of the Techstars Music accelerator, working with some of the most interesting music/tech startups to have emerged in the last three years. Now he’s been talking to analytics firm Soundcharts...
Read More 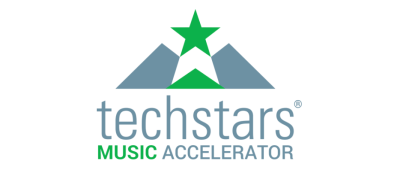 Techstars Music reveals its next cohort of music/tech startups

The Techstars Music accelerator has announced the cohort of startups taking part in its third year, with nine emerging music/tech firms from around the world chosen. Techstars has also announced that fitness-firm Peloton...
© Copyright Music Ally All rights reserved 2020 - Website designed and maintained by