We’ve been talking about the prospect of music-streaming services being bundled with video and other services for some time now, often through the lens of what the big, global technology companies like Apple, Google and Amazon will be doing. However, in India there’s another angle to this debate: telcos.

Witness Bharti Airtel (Airtel for short), which has just launched something called Airtel Xstream. It will bundle live TV channels, a catalogue of films and TV shows to stream on-demand, and also access to the company’s Wynk Music service. This will be delivered through an Android-based ‘Airtel Xstream Stick’ that can be plugged in to TVs, which will cost 3,999 rupees ($55.39) plus an annual subscription of 999 rupees ($13.84) – although Airtel’s ‘platinum’ and ‘gold’ tier customers will get the content for free.

There’s also a set-top box (the Airtel Xstream Box) but that only provides the TV/video elements. All of this will be promoted to Bharti Airtel’s 403m customers in the coming weeks, with online retailer (and Amazon rival) Flipkart also on board as a partner. It could be a boost for Wynk Music, which reached the 100m installs (note: not active users) milestone early this year. 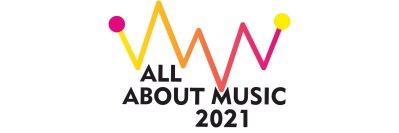 US industry body the RIAA has published a mid-year report on Latin music’s performance in the US. Revenues for it grew by 37% to $407m in the first half of 2021.
© Copyright Music Ally All rights reserved 2021 - Website designed and maintained by