This story has been written to the soundtrack of gravelly-voiced German artist Ben Zucker, as well as the ‘Ultimatver Party Hitmix’ of his compatriot Sonia Liebing. It’s been quite the listen.

Why? Because we’ve been investigating Universal Music’s ‘Ich Find Schlager Toll!’ YouTube channel (translation: ‘I think Schlager’s great!’). It’s one of the projects called out by Universal Music Central Europe’s boss Frank Briegmann in a speech this week at the company’s Universal Inside 2019 event.

Schlager is very much a German phenomenon (“a catchy instrumental accompaniment to vocal pieces of pop music with simple, happy-go-lucky, and often sentimental lyrics,” as Wikipedia describes it), and one that’s traditionally more associated with CD sales than streaming innovation.

Yet Universal’s marketing labs division created a YouTube brand for the genre, and according to Briegmann that channel is now generating more than 30m monthly views from its nearly-700,000 subscribers. “Now this brand is, next to physical products, also commercialised live as an event for the first time,” he said.

This was just part of Briegmann’s speech, which MBW carried in full. We also enjoyed his political potshot: “There are no borders for music and artists – even if Mr Trump and Mr Johnson do not understand this…” 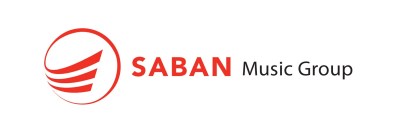 In July 2019, we reported on the latest new label with grand ambitions for the music industry. In the case of Saban Music Group, those ambitions were backed by $500m of capital, thanks to founder Haim Saban, whose TV firm...
Read More

We saw some 2019 music-consumption stats from the UK’s BPI earlier this month, with 25.6% year-on-year growth in the number of tracks (114bn) streamed by British listeners. Now German industry-body BVMI has put out its...
© Copyright Music Ally All rights reserved 2020 - Website designed and maintained by