‘All levers need pulling’ to make streaming work for songwriters

The debate about whether songwriters aren’t getting their fair share of music-streaming royalties – and for many of them, whether their craft is sustainable at all – continues.

They are: the fact that publishing royalties are “around 3.6 times less than master recordings-related royalties” (an improvement on the past but still a big gap); inefficiencies in the process by which collecting societies collect and distribute royalties; the “industrialisation of songwriting” with royalties often being split between many songwriters; and the unbundling of the album, where “now that listeners and playlists dissect albums, skipping filler for killer, a weak song simply pays less. Tough luck if you only wrote the filler songs on the album”.

Mulligan’s view is that the music industry (DSPs included) must work together to fix all four of these issues. “No single tactic will move the dial… All levers need pulling,” he wrote. “Until they are, songwriters will feel short-changed and will remain the open wound that prevents streaming from fulfilling its creator potential.”

There were 341 million people using paid music subscriptions at the end of 2019, according to global music industry body the IFPI. Now we've got an update on that figure, albeit from a different source. Consultancy firm...
Read More 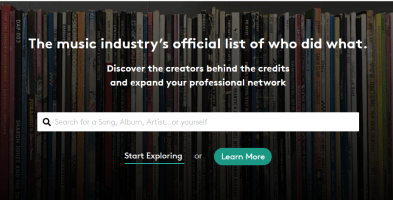 Tools: Jaxsta. The music industry’s official list of who did what.

Noting how the music industry lacked an equivalent to what the film industry had with IMDb – and also how it was missing a verified source of data from across the music supply chain – Jacqui Louez Schoorl, with a background...
Read More 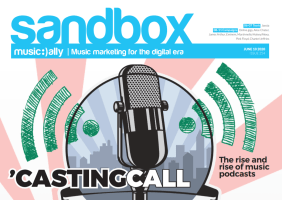 Lead: If you aren’t making or appearing on a podcast, do you actually exist? Even with DSPs and record labels investing in them heavily and building whole podcasting divisions, there is still the issue of licensing music...
© Copyright Music Ally All rights reserved 2020 - Website designed and maintained by