Oakland-based singer/songwriter mxmtoon has built an audience of 3.6 million listeners on Spotify – aided by slots on playlists including New Music Friday, Lorem and Alone Again.

Now she’s getting a different kind of support from the streaming service: its Spotify Studios division is making an eight-episode podcast all about her. It’s called ’21 Days with mxmtoon’, and follows the three-week process of recording her first album ‘The Masquerade’ in New York.

“This podcast traces her path to this pivotal moment while she fights pressure, trolls, self-doubt, and most importantly, the clock,” as the blurb puts it. Spotify has published the first three episodes, with the remaining five set for release next week alongside the album.

Billboard talked to Spotify’s head of creative development Liz Gately about the show, which she describes as a “doubling down” on music podcasts by Spotify.

That’s going to be interesting: labels and managers alike will be keen to understand how many of these kinds of podcasts Spotify will be commissioning and making in-house, as well as what kind of support they might get from the company if they make their own diary-style shows around album releases.

Spotify has just announced some of the things it's doing in response to the COVID-19 (coronavirus) outbreak. They include launching a music relief project where the streaming service will match donations up to a total Spotify...
Read More 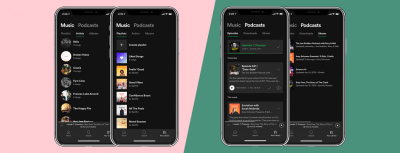