Earlier this month, we reported on country star Martina McBride’s anger at Spotify’s recommendation algorithm, after its first 135 suggestions of tracks for a ‘country music’ playlist she was making were all by men.

Spotify’s head of artist and label marketing in Nashville, Brittany Schaffer, seemed to have smoothed over the waters with a coffee meeting and a promise (in an Instagram comment) of “working more closely with you and the other women who are instrumental to this industry”.

Now, though, McBride has been giving interviews explaining why she’s still cross with Spotify – including its lack of an official (corporate) statement on the matter. “How come they haven’t come out and said, ‘We’re working on this,’ whether it’s true or not?” she told People. “I find it shocking that they feel so indestructible that they don’t even take the time to make a comment about this.”

In a separate interview with Billboard, McBride offered more information on her meeting with Spotify. “I felt from the meeting that it was a lack of awareness that they weren’t even aware that happens when you type in country music and start a playlist. It’s an algorithm, of course,” she said, adding that her concern is that this could reinforce disparities elsewhere (country-music radio for example) in the minds of new fans.

These are embarrassing headlines for Spotify, undoubtedly, but the company will need to be thoughtful (but also, as McBride suggests, probably more public) in its response. Swingeing changes to recommendation algorithms are fraught with unintended consequences: what’s needed is a clear understanding of why this case happened: what the factors were that drove those 14 refreshes of man-filled country tracks for McBride, and what levers might be pulled to deliver a better experience.

That’s the main point here though: that diversity is a better experience, because many songs and artists that are being ‘erased’ in examples like this are great. And also because if Spotify is trying to replace country radio in the affections of existing (and perhaps more importantly, new/younger) listeners, simply reproducing that medium’s in-built biases is surely missing a trick.

It may not be an instant change, but reflecting that in its recommendations will be similarly positive. That’s why Martina McBride’s decision to speak out is a good thing for Spotify, as well as for her fellow artists. The headlines this week may not be fun for the company, but it’s a useful moment for its stellar machine-learning teams to take a step back, examine their creation, and give it a nudge in a direction that will ultimately serve listeners and artists – the two sides of that much talked-about ‘two-sided marketplace’ – better.

Update: Spotify has now put out a statement from its global head of artist and label marketing Marian Dicus. “We were very disappointed to hear about Martina’s experience on the platform. We agree that it’s unacceptable and we’re working to address it. As an industry, we recognize we have a lot of work to do to ensure gender parity and Spotify is working hard to drive change on our own platform and through Spotify campaigns such as Equalizer and EQL.” 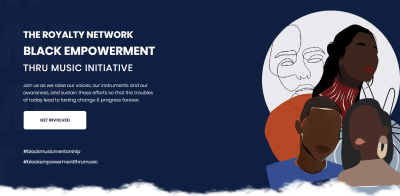 In the music industry, arguments over creators and ownership tend to focus on master recordings and publishing rights: how musicians can retain them from the start, or get them back later in their careers. Interestingly,...
© Copyright Music Ally All rights reserved 2020 - Website designed and maintained by