Swedish climate-activist Greta Thunberg continues to talk truth to power: “Don’t invite us here to just tell us how inspiring we are without actually doing anything about it because it doesn’t lead to anything,” she told a meeting of US senators yesterday, for example. And the challenge being laid down by Thunberg and other young activists is, finally, being taken up within the music industry. One example is the Music Declares Emergency initiative in the UK, which now has more than 2,000 signatures for its declaration calling for more haste from governments, as well as committing to “taking urgent action” to change the environmental impact of our industry. Signatories range from the BPI, Kobalt, Believe and Resident Advisor to The 1975, Annie Lennox and Jarvis Cocker. Now the group behind the initiative are planning their first public meeting, on 30 September in London. “An opportunity to network with others in the music industry who are taking climate action; discuss how we can all bring the declaration to life; and learn more about future Music Declares actions and how you can get involved,” as the invitation puts it. Tickets can be requested here. 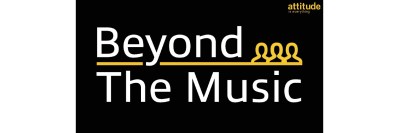 British organisation Attitude is Everything focuses on accessibility in the live music sector. Now it's launching a new campaign called 'Beyond the Music' which aims to create more opportunities for Deaf and disabled people...
Read More 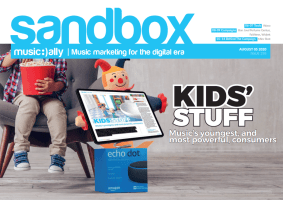 Lead: we report back on our recent New Kids On The Block: Insight Into A New Generation online conference that we ran in conjunction with UK trade bodies the BPI and ERA, drawing out the 10 key lessons from the different...
© Copyright Music Ally All rights reserved 2020 - Website designed and maintained by