Country artist Martina McBride has been making headlines this month by taking Spotify to task for its playlist-creation algorithm. Now she’s in the spotlight for a different reason: she’s become the latest artist to launch their own podcast. McBride is working with Luminary and Believe Entertainment on the show, which launches next week. ‘Vocal Point with Martina McBride’ will see her interviewing “members of the country genre, entertainment world, and culinary community” according to Billboard, with Garth Brooks, Rosanne Cash and Loretta Lynn among the guests announced so far. “It’ll be interesting to hear the differences in everyone’s story and the ups and downs in their career and how they’ve overcome any kind of adversity,” she said. Luminary is an interesting partner: it launched earlier this year with a reported $100m of funding as a podcast app with a paywall, behind which sat its own collection of exclusive shows. It seems ‘Vocal Point’ will be among them, which means for now, it seems it won’t be popping up on Spotify, or other podcast services.

Spotify’s ‘audio first’ strategy involves an aggressive move into spoken-word content with podcasts (and soon audiobooks?) to compete with live radio. Apple Music has followed a different path, with the...
Read More 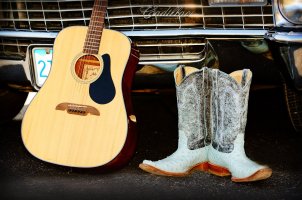 We’ve been writing and thinking a lot about what the ‘new normal’ will be for music concerts as Covid-19 lockdown restrictions ease. There are already gigs taking place at drive-in cinemas in the US; experiments...
© Copyright Music Ally All rights reserved 2020 - Website designed and maintained by