Authenticity, Copyright law, and – oh yes – Brexit were all on the agenda during the first day of conference sessions at the Reeperbahn Festival in Hamburg.

In an era where perceived authenticity counts for so much, songwriters composing for clients who want songs for adverts might be asked to create songs that fulfil two seemingly opposing needs: writing songs that are authentic – but also that sound alike – or even “just-a-like” a famous hit. Can you balance this, and what does it tell us about music consumers today?

For Rosie Hill, global head of sync at Sentric, what is perceived as “authentic” is not necessarily about using the big or the obvious hit: “We publish ‘It’s The Most Wonderful Time Of The Year’ by Andy Williams and we’d expect it to be used every Christmas in advertising – but Christmas TV ads don’t necessarily use Christmas music. It could be a song that reminds people of a feeling or time: Yazoo’s ‘Only You’ was used last year in a Christmas TV ad by Boots and it worked really well because of the feeling it gave viewers. That is authenticity,” she said.

On “just-a-like” songs – music specifically tooled to sound the same as a well-known song – Rosie can see the temptation, but suggested that doing this can effect the perception of viewers: “Fans of the artist will wonder why you’re ripping off ‘their’ artist.”

Andrew Khan, Founder, Good Ear Music Supervision agreed, and pointed out that listeners are much more knowledgeable today: “People are now growing up as fans of all kinds of music – not just one narrow genre – so they know authenticity in many genres and types of music.”

Finally, moderator Lena Obara, from Section C, mentioned that sometimes an artist doesn’t want to license their music, and the music supervisor will have to a explain a difficult truth: if the artist says “no”, a sound-alike song will be written – and someone else will get paid for their sound. 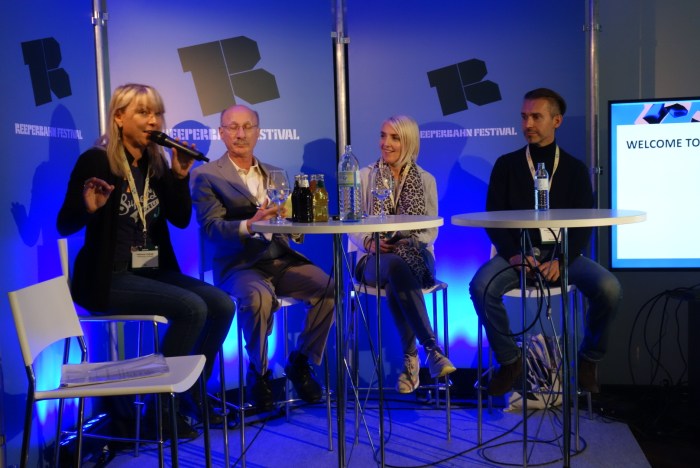 Helen Smith, executive chair of IMPALA, viewed the next steps pragmatically: “The directive has multiple sections on creators’ rights – the next step is for all member countries to implement the legislation. We now have another two years for all the countries to do it.”

Professor Stan Socher of the University of Colorado highlighted how the problems will lay in some woolly wording: “Some language in the directives is open to interpretation. The licensing fee must be ‘appropriate and proportionate’ to the overall revenues of the company seeking a license – each country can and will interpret it differently and copyright holders can use this general language in their favour. Article 17, for instance, has the phrase “best efforts,” which is very open.”

“People protested in the streets [about elements of article 13/17] putting the burden on companies – the ISP or the platform when a user uploads music – so what does “best efforts” mean here?

“There is also leeway in the language over the requirement of an annual transparency report on how music is being used and what data is being collected. We will see how each country carries these ideas are carried out when it comes to delivering data.”

Smith acknowledged that the implemented reality might be a long way from the intentions of the directive: “The obligations for getting this transparency report are between the performer, the publisher/label and the platform, and when you need to get this transparency information… good luck!”

“It’s important to remember this is a framework and it’s important now that the EU issues guidelines around language like what ‘best efforts’ means. A lot of member states will be looking to implement the directive as it is – and leaving these kind of questions up to their local courts.” 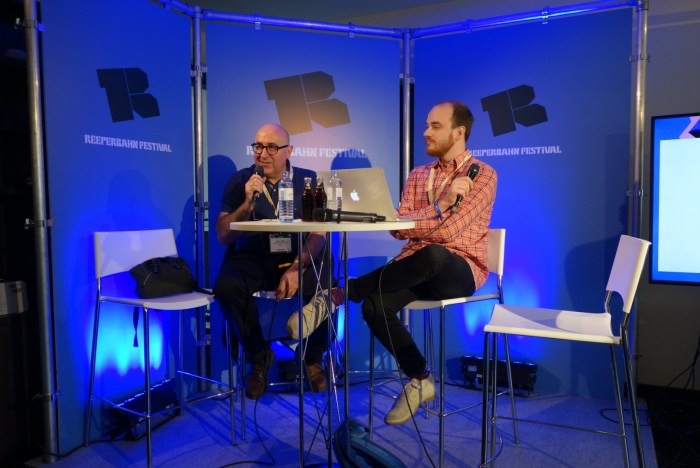 At the end of a long day of panels, Kevin Offer, partner at Hardwick and Morris LLP discussed the potential repercussions of the UK’s exit from the European Union (‘Brexit’) with Jon Chappel of IQ-Magazine in front of a Brexit-weary audience on the top floor of a hotel overlooking the Reeperbahn. All parties indulged in a little gallows humour amidst the inevitable huffing and puffing that accompanies this subject.

Offer balanced some cold, hard advice with the chaos that’s become a familiar aspect of Brexit: “The good thing about Brexit is that you can make any predictions about the future and it’s hard to be wrong! As someone who supports remain, I have come round to thinking that it will happen – and now we think about how.”

“The Brexit uncertainty is having an effect already. Uncertainty across the board is damaging planning, particularly in budgeting. In the government Brexit advice documents, the suggestion was that if UK artists tour, they’d need to pay duties and charges up-front before you tour. With merchandise you’d probably have to pay a fee up front on all the merch, and then claim money back afterwards on anything not sold. So that becomes a cash-flow issue. Even bigger artists don’t always have a huge cash pot – so until uncertainties on these issues are cleared up, we may see them waiting before touring.”

“Then Social security payments would become an issue for crew and artists. Touring artists would need to go back to the pre-EU days of ‘carnets’, where every item you take on the road needs documenting and accounting for. The time-costs for this will be huge for artists like Ed Sheeran who tours with 40 trucks of equipment.

“A small artist won’t pay that much more to import their instruments, but for a larger artist, it could be €1,000 in fees – and if it takes a day to get through the border checking process, the bigger cost is a whole day of extra pay for crew, etc as they wait.”

“Maybe one solution is for artists will hire certain staff or crew or equipment in the country they tour in but these are extra costs again. And larger artists will want their own instruments and sound stage or lighting setup.

“For EU artists visiting the UK, if there’s no deal, it will be very difficult – it will be similar to UK artists going into Europe, with all the same issues and costs.”

“I wonder if there will be carve-outs, as there is with VAT legislation – in certain industries you don’t have to provide paperwork or pay VAT – there is an exemption as it’s assumed that it balances out over time.”

“It’s unlikely that acts will bypass the UK – it’s such a big market. The suggestion at the moment is that there may not be many checks between Ireland and Northern Ireland, so you might arrange a tour where you play Dublin first, then cross to Northern Ireland, then travel on to Scotland… and that would avoid some of the checks.”

Finally, even the slightly comical spectre of chlorinated chicken found its way into the debate, as Offer pointed out that after Brexit happens, UK law will drift from EU law. “Currently-identical UK standards may change. Just like how chlorinated chicken may then be allowed, UK equipment standards and employment law could change – so then UK equipment may not be allowed to be used in the EU, and work restrictions will need to be considered.”

This is a guest post by an established independent artist and songwriter, with tens of millions of streams to their name. After researching a number of platforms in the micro-sync (or micro-licensing) space for their own...
Read More

European Commission president Ursula von der Leyen has published her '2022 State of the Union Letter of Intent' setting out plans for potential regulations ahead.