Wait, Skygge? Who’s that? An avatar blending AI-powered music with a cappella recordings by legendary US folk singers like Pete Seeger, Peggy Seeger and Horton Barker. Oh, and by the way, the tool used to create the music was developed with Spotify.

The ‘American Folk Songs‘ EP is the work of French musician and producer Benoit Carré, who created Skygge as his avatar alias for experiments with AI-generated music.

In 2018, he released an album called ‘Hello World’ using the Flow Machines tools created by Sony CSL in Paris, which was itself a follow-up to the 2016 project where Carré collaborated with the Flow Machines AI on a pair of songs: the Beatles-influenced ‘Daddy’s Car’ and the Great American Songbook-inspired ‘Mr Shadow’.

According to Skygge’s artist biography, the new EP “revisits American traditional folk songs with a prototype of an AI harmonization tool that he develops with researchers team from Spotify”. Note: François Pachet, who led Flow Machines at Sony CSL, joined Spotify in June 2017 as director of its ‘creator technology research lab’.

The ‘American Folk Songs EP’ involved taking the a cappella recordings from the Seegers and Barker, as well as a new recording by Canadian singer Kyrie Kristmanson, and then using AI “to flesh out the melodies and the lyrics of the songs, enriching them with lush harmonies and sounds generated by AI that have never been heard before”. The songwriting credits, if you’re wondering, read ‘Benoit Carré, Traditional’.

“When I was playing with generated sounds and harmonies, with the intention of revealing the ‘shadow parts’ of those songs, I felt like I was continuing the folk tradition of openness and exploration,” Carré told The Quietus in a recent interview.

“I think that AI tools for composition and production will be integrated into ordinary digital work stations, as virtual instruments and plug-ins. Those instruments will propose generated melodies, chords, rhythms and sounds. It will allow musicians to accelerate & multiply experiments, increase the capacity of experimentation for specific tasks.”

A little more of an explanation on how I work with AI and how I have approached my American Folk Songs project… out on Thursday! pic.twitter.com/bHDj7qbHnY

Carré and Kristmanson performed a concert yesterday in London to show how this technology translates to a live setting, reinforcing the fact that this is about the interaction between humans and AI – human-made music using AI as a tool, rather than purely AI-generated music.

It’s the involvement of Spotify that’s just as interesting: this is one of the first glimpses of what Pachet and his team are up to at Spotify. How the tools used by Carré for his EP are made available to musicians more widely – one option would be through Spotify’s Soundtrap online studio, although don’t forget the company has physical facilities for musicians too – promises to be very interesting indeed. 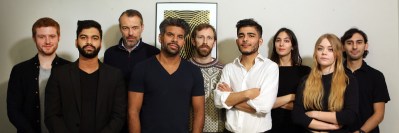 Daniel Ek was responding to a direct question (on the 'Invest Like The Best' podcast) about what he'd do if he was CEO of the world's largest record label.
© Copyright Music Ally All rights reserved 2021 - Website designed and maintained by