The new album has its own microsite now, with an interesting twist: new content will be released on it every day for the next few weeks, but it will only be available for a short time: fans can register their email address and ‘save’ it to their inbox, to preserve it.

It’s a neat tactic for encouraging fans to return to the site every day in the lead-up to the album’s release. WMG’s Firepit Technology team designed the microsite, under a brief from Warner Records and management firm Q Prime. 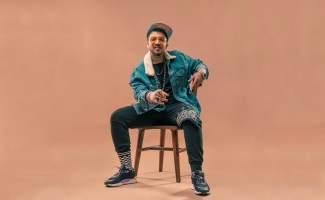 In India, Naezy is one of the driving forces behind the country’s emerging hip-hop scene. Given the centrality of Bollywood, the Indian music industry was, for many years, a sub-division of the film industry and music marketing...
Read More 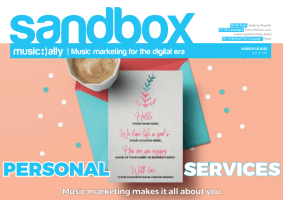 Sandbox Issue 248: PERSONALISATION. Music marketing makes it all about YOU

Lead: Personalisation is a powerful way to stand out in a noisy marketplace and to make fans feel involved with things. It all, however, has to be handled with care as one person’s “tailored messaging” is another person’s...
Read More

British band Years & Years swiftly set up a TikTok account at the end of last week – in a large part because their cover of 2003’s ‘Breathe’ (by Sean Paul ft. Blu Cantrell) from six years ago was having a viral...
© Copyright Music Ally All rights reserved 2020 - Website designed and maintained by