BTS are top-ups of the pop-ups

The idea of the pop-up tied into an album release is hardly new and often involves taking over a small and recently vacated shop (or the site of a different pop-up from the previous week) and selling a few T-shirts and posters from it, hoping the pop stars themselves show up to gain a bit of social media traction.

House Of BTS is, as you might imagine, somewhat different. It opens next week (18th October) in the Gangnam area of Seoul and runs until 5th January. It is taking over a three-story building and will be, according to Big Hit Entertainment, “an experiential space complex that will provide a more spectacular customer experience than ever before”. Billboard adds that it will allow fans to “step inside the world of the group’s colorful music videos” and the dominant tone will be pink.

It’s certainly a step on from the average pop-up and, while BTS clearly have the kind of budgets to make most marketing teams weep with envy, we can only hope that it raises the bar significantly and makes those hastily assembled efforts that we see from time to time become the pop-ups that finally pop off. 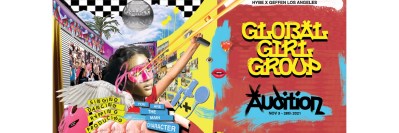 There's lots of news from K-Pop colossus Hybe today, starting with its latest financial results. In the third quarter of this year its revenues were up by 79.5% year-on-year.
© Copyright Music Ally All rights reserved 2022 - Website designed and maintained by