The headline for newspaper The Times’ interview with YouTube Music boss Lyor Cohen may be over-egging the pudding a bit. ‘Whip Spotify’s ass? The answer is emphatically yes’, it turns out, refers to a section of the interview where the startling wording appears to come from the journalist in a question: Cohen agrees (“The answer is emphatically yes”) but the, ahem, ass-whipping rhetoric isn’t part of the quote.

To be honest, the more interesting part of the interview is Cohen’s seeming frustration with current recommendation algorithms on the service – or at least his impatience to improve them. On his conversations with a colleague who’s ‘in charge of the algorithm’ he says: “I’m always pushing on him about, ‘OK, the digital revolution was great, but be careful what you wish for because the levee has broken.’ Now there’s a billion bands swimming around our ankles. The algorithm is not living to its fullest potential if it’s only giving me an echo chamber of what I like”. 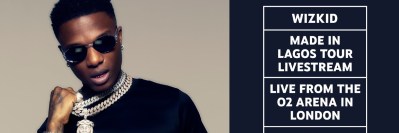