There have been several interviews with artist Neil Young recently, to promote his new book ‘To Feel the Music: A Songwriter’s Mission to Save High-Quality Audio’. The latest piece, from Wired, has some stats on how Young’s own subscription service is doing.

Young is charging $1.99 a month for access to his Neil Young Archives website, with his back catalogue, videos and other digitised material from his career. According to Phil Baker, who runs the website, it now has around 25,000 subscribers. Although that’s ‘still around 15,000 short of their goal’, it also suggests that Young’s site could be generating around $50k a month, or $600k a year.

The piece also includes Young’s latest thoughts on the wider music-streaming ecosystem. Although pleased with the launch of Amazon Music’s HD tier (he was quoted in its press release) he’s not so keen on the other big players.

“There aren’t really music streaming services so much as there are tech streaming services,” he told Wired. “It’s not the same thing from what I see, or they’d be complaining themselves about the technology they have to use. They don’t seem to understand what the music’s about, or care about who’s making it… Besides sounding really terrible, there’s no credit given for anything. You can’t find the information, and it doesn’t seem to matter to them. Yet we’re in the information age and they’re tech companies, so that’s very confusing.”

Come As You Are. As the great Kurt Cobain* once said, “Come as you are.” BMG is committed to providing equal employment opportunities and we celebrate diversity in all forms. Equal opportunity runs deep in our...
Read More 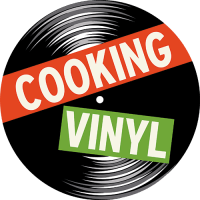 We’re hiring Cooking Vinyl is the original Artist Services company and one of the world’s leading independent labels since its founding over 35 years ago. It works with a diverse roster of new and established artists...
Read More

We are hiring!   We have an exciting opportunity for a Product Manager to join our growing Catalogue Recordings team here in our Paddington office!   Your Mission at BMG   BMG Catalogue is the fastest-growing...
© Copyright Music Ally All rights reserved 2021 - Website designed and maintained by