More music festivals promise not to use facial-recognition tech

The trickle of music festivals saying they won’t be using facial-recognition technology to identify fans may be turning into a flood. In September, we reported on US festivals Bonnaroo and Austin City Limits joining a campaign against the technology called Fight For The Future. Now that campaign says it has signed up 40 festivals, with SXSW, Coachella and Pitchfork among the new additions. Evan Greer, of Fight For The Future, has explained the campaign in an article for BuzzFeed News.

“This surveillance nightmare almost became a reality at US music events. Industry giants like Ticketmaster invested money in companies like Blink Identity, a startup run by ex–defense contractors who helped build the US military’s facial recognition system in Afghanistan,” wrote Greer. “These vendors, and the venture capitalists who backed them, saw the live music industry as a huge potential market for biometric surveillance tech, marketed as a convenient ticketing option to concertgoers. But now, it seems they’ll be sorely disappointed.” 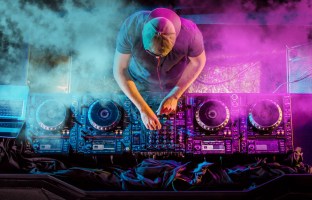 “Last Night a DJ Took a Flight” is an excellent name for a report, even if many DJs’ touring has been grounded for more than a year by Covid-19. But the report, from Clean Scene, is an important analysis...
Read More 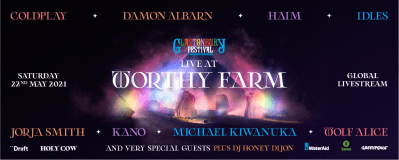 Glastonbury Festival set for livestreamed concert in May

The UK’s biggest music festival, Glastonbury, is cancelled for a second year in a row due to Covid-19. However, its organisers have announced plans for a high-profile livestream from the Worthy Farm venue on 22 May...
Read More

Aware that some countries that have Covid-19 under control already have concerts and festivals up and running, we’re trying not to generalise about live music. However, for those countries still awaiting a musical reopening,...
© Copyright Music Ally All rights reserved 2021 - Website designed and maintained by