Pex isn’t a startup we’ve written much about for Music Ally thus far, but it’s one of the more interesting companies in the current music ecosystem – not just because of what it’s doing now, but for how its technology might be used in the future. The company’s business is “independent video and music analytics and rights management services”, including scanning digital platforms to identify copyrighted music and audio clips as short as half-a-second in length.

YouTube, Facebook, Instagram, SoundCloud, Twitter, Twitch and TikTok are among the platforms that Pex is scanning. The reason we’re writing about it today is its announcement of another for the list: Apple Podcasts. “As of today, Pex will be able to find musical works and audio snippets as short as a half second in all podcasts uploaded to Apple Podcasts,” announced the company. COO Amadea Choplin added in a statement: “Podcasts are increasingly professionalized, monetised, and ad driven, and music rights holders should be part of the conversation when their assets are being used.”

There’s one story here about the music industry being better able to understand how much music is being used in podcasts, a sector where music-licensing is infamously difficult. If Pex can provide some useful data on the extent to which unlicensed music is being used in podcasts, the benefit is (hopefully!) less about going after those shows for infringement, and more about an incentive for rightsholders to solve the rights headaches and offer affordable licences that scale from small shows up to the bigger podcasts.

The bigger picture around Pex is also interesting though. If its data is solid, the existence of a company capable of scanning user-generated content (UGC) services to show how much music is *really* being used on those platforms could be invaluable when rightsholders sit down for licensing negotiations (or renewals) with the likes of Facebook and TikTok. No wonder both Universal Music Group and Warner Music Group were involved in Pex’s $7m seed-funding round back in October 2017… 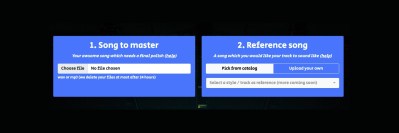 Landr pioneered the idea of AI mastering several years ago, and since then has seen other competitors emerge.