Radiohead’s decision to sell their 2007 album ‘In Rainbows’ directly to fans with a ‘pay-what-you-want’ model is still regularly misunderstood as a ‘giveaway’. Yes, fans could choose to pay nothing, but the point was that they could also choose to pay.

Thom Yorke does a good job of explaining that in a new interview with the New York Times. “When we did the ‘In Rainbows’ thing, we were simply saying that we believe that people value music. We were saying, ‘This is a contract of faith between the people creating the music and the audience, and we don’t believe it’s necessary for all this stuff to be between the two.’,” is how he describes it. “We were also saying that people are always going to need music, and it’s not just material to fill the hard disk on your phone. It’s more than that. Even now, when Radiohead’s music is getting more and more weird, we’re still seeing people have profound experiences with it. And absolutely our faith in all that was rewarded.” Yorke swerved a question about streaming but did not hide his main sentiments. “My objections to streaming are well documented. I wouldn’t want to go into that. But if you ignore the fact that the artists aren’t being paid and are having their careers destroyed, people’s having access to all this music could be a wonderful thing.” 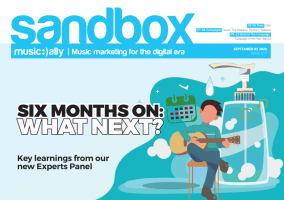 Lead: The effect of COVID-19, six months on. This Sandbox issue hosts the launch of a new Music Ally monthly feature: our Global Experts Panel. We’ve assembled a panel of industry leaders from around the world, from many...
Read More 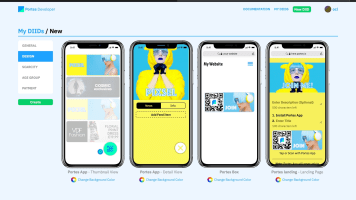 Tools: Portes. Connect artists directly to their fans in under 3 seconds, with a bespoke VIP experience

Consumer concerns around online privacy, and new regulations such as GDPR, COPPA and CCPA are causing complications for tech giants like Facebook, Google and TikTok; and are increasingly seen as a differentiator and point...
Read More 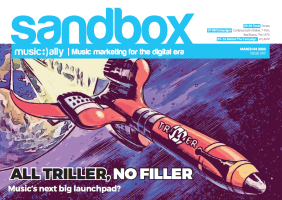 Sandbox Issue 247: All Triller, No Filler: Music’s next big launchpad?

Lead: Triller is not a TikTok killer – but it is certainly proving to be a hearty contender. At the moment, it is strongest in the US and it skews heavily towards hip-hop as its in-built soundtrack. Its ambitions are, however,...
© Copyright Music Ally All rights reserved 2020 - Website designed and maintained by