The UK’s High Court has delivered its ruling on Warner Music and Sony Music’s copyright-infringement case against online-radio firm TuneIn. As is often the way of these things, both sides have claimed victory. A press release from Sony Music was headlined ‘UK High Court rules in favour of music copyright holders in TuneIn Radio decision’, while one from TuneIn claimed that “the UK Court found in favour of TuneIn on the most important claim”.

Cue reactions. “Today’s judgement confirms what we have long known to be true: that TuneIn is unlawfully redistributing and commercialising links to unlicensed music on a widespread scale,” claimed Sony Music’s statement on the ruling. “While this decision marks an important victory against TuneIn’s blatant copyright infringement in the UK, the company continues to unlawfully profit from massive global commercialisation of unlicensed copyrighted sound recordings by turning a blind eye to basic licensing requirements and hiding behind safe harbour claims to avoid paying music creators.” The IFPI has also welcomed the ruling.

And now TuneIn: “While we continue to evaluate the ruling and consider all options, including appeal, we believe the judgment will have very little impact on the company’s revenue and ongoing growth strategies. We won on the most important element of the case, which was the right to provide U.K. users with access to UK-authorised radio stations,” wrote its CEO Juliette Morris. “TuneIn is committed to complying with all applicable laws in the countries we serve and will continue to defend the right to operate a directory service providing listeners access to content freely available on the Internet.”

Bird & Bird’s verdict was measured: “The decision is complex and will require careful study to assess its implications, both for rightsholders and for all businesses which link to third party content (from media companies through to online platforms),” suggested its blog. It’s certainly significant for TuneIn: it had more than five million UK users of its free service in January 2019, according to the judgement. “UK users represent about 10% of TuneIn’s user base and they stream 9.8 million hours of audio content per month. The UK accounts for more than 10% of its annual indirect advertising revenue,” it explained.

The ruling follows TuneIn’s recent deal with Apple to offer its service – with more than 100k global radio stations – through Apple Music and the Siri voice assistant. It’s unclear at the time of writing what implications the ruling will have for that partnership, at least in the UK. In August, British broadcaster the BBC also removed its live radio streams from TuneIn on some platforms in the UK, although that was a dispute over data-sharing, rather than copyright issues.

Further back, TuneIn raised $50m of funding in August 2017 at a reported valuation of $500m, although by June 2018 it was reportedly evaluating a potential sale of the company. It has changed CEO since then (Morris took the role in July 2019) but if those hopes continue, that’s another reason the High Court’s ruling will need careful digestion for its implications – not least over whether it might spark other copyright lawsuits outside the UK in the near future.

Spotify’s launch in India last year was marred by a licensing dispute with Warner Chappell, in which Spotify argued that it could use a statutory licence designed for broadcasters to cover its use of the publisher’s...
Read More 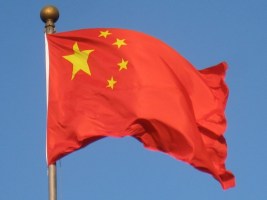 Sonos CEO to testify about big-tech battle at antitrust hearing

We reported yesterday on Sonos’ decision to sue Google for patent infringement, while accusing Amazon (but not suing it) with similar allegations. We noted that regulators would be interested in the case, and very quickly...
© Copyright Music Ally All rights reserved 2020 - Website designed and maintained by