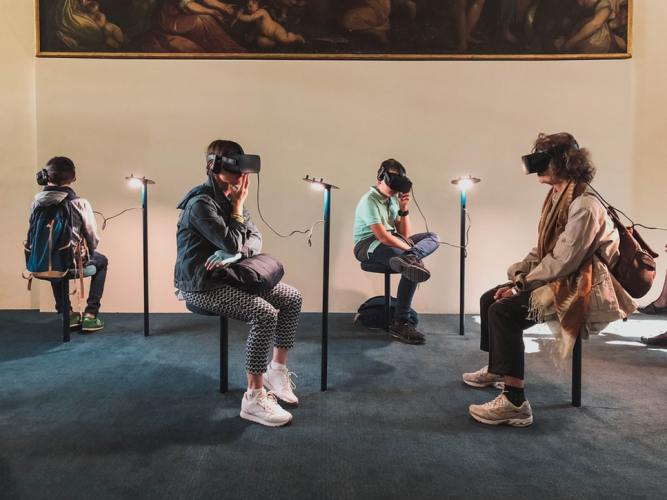 Adobe has released its Aero app for iOS – an app that enables designers to create augmented-reality content and experiences, without coding knowledge. “Create interactive experiences without needing to rely on a developer,” explains its App Store listing. “Apply behaviours to your content to build combinations of triggers and actions that draw viewers of your experience to drive the narrative and engage with the story. Add motion to your objects by using your mobile device to draw the path of motion you want the object to take.” Now, ‘do X without coding / a developer’ has its drawbacks: yes, it can open a technology up for more people to experiment with, and that’s a good thing, but great developers can still create brilliant experiences.

From a music perspective, Adobe Aero might be a good way for artists and labels to play with AR and have some ideas, though. Now may be a good time: the rumours that Apple will launch its own AR headset in 2020 are bubbling up again. The latest speculation suggests a partnership between Apple and games firm Valve. It follows reports in March that the device could launch next year.  AR on smartphones is already mainstream, in terms of Snapchat and Instagram lenses, as well as Pokémon Go, but the combination of tools like Aero and expectations of an Apple headset could encourage more people to explore the technology’s creative potential.

Stitcher is one of the longer-established podcast services, and now it has published a report exploring some of the podcasting trends of 2020 (and the last decade) based on its data. Among the points: nearly 7m podcast episodes...
Read More

If you recognise the name Dapper Labs, it might be because of its CryptoKitties blockchain-powered game, where people buy and sell virtual cats (sometimes for startling amounts of money). Or you might recognise the startup...
© Copyright Music Ally All rights reserved 2020 - Website designed and maintained by