Download stats suggest TikTok’s growth may be slowing down

Is TikTok’s rapid, global growth slowing down? App research firm SensorTower has put out some figures suggesting that it might. It claims that TikTok added 177 million ‘first-time users’ from Apple and Google’s app stores in the third quarter of this year. “That represents a 4% decline from a year ago. It’s the first time the hit app saw new installs drop on a quarterly basis,” reported Bloomberg.

Although the numbers are still impressive: so far this year, 564 million people have installed TikTok on their smartphones according to SensorTower, taking its life-time installs to 1.45bn. Bear in mind this is TikTok in the west, rather than its Chinese version Douyin.

SensorTower has also identified a possible reason for TikTok’s installs-growth slowing: the company appears to have cut back on the mammoth Facebook-ads campaign that fuelled its surge in late 2018 and early 2019.

In other TikTok news, the company has launched a new ‘TikTok for Developers’ program, with tools to integrate it into other apps. One of the first: a ‘Share to TikTok’ API which is already being used by a group of video-creation apps.

TikTok’s deadline for a US sale moves back again

An orderly presidential transition in the US may be underway at last – not that we’re counting any chickens just yet – but that raises more questions about what’s going to happen with the sale or shutdown...
Read More 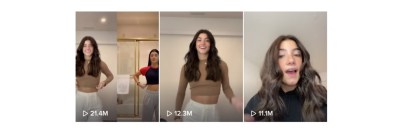 TikTok has its first nine-figure star this morning, with Charli D'Amelio becoming the first TikToker to reach more than 100 million followers on the platform. What's even more startling is the fact that she only joined...
Read More 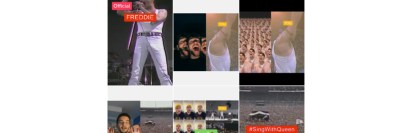