RapChat is a bit more than “the TikTok of hip-hop” – its sell to users is that it is a recording studio and video creator rolled into one, while its focus is on full-length songs rather than snappy 15-second clips. But its latest push to grow its userbase beyond the 1.5m people already on it/having installed it is leaning on the viral effect of TikTok’s famous hashtag challenges.

The 10-day #JazzHopChallenge is designed in part to showcase the platform but also to promote the new album from saxophonist Mike Casey. His instrumental track ‘Jazz Hop’ (hence the hashtag title) is being made available for MCs to rap over and to then enter in a competition. The prize: they get a social media shoutout from Casey as well as a copy of his Sounds Of Surprise saxophone sample pack on Splice that they can use in their own productions.

Low-key, then, but with pop and EDM tending to dominate these kinds of UGC contests, it’s nice to see a genre that many consider niche and ‘difficult’ to be getting involved in this way.

Casey himself is a major advocate for jazz, and is an evangelist for the role that digital can play in helping it reach wider audiences. He was using PledgeMusic back in 2016 (long before the troubles that brought it to its knees) and this competition is part of that digital continuum.

“Jazz is now about 1% of the music market, but I think it’s going to grow immensely,” he told Music Ally back in March this year. “Most of it is instrumental, too. It’s truly global: there’s no language barrier!” Adapting (or, if you will, improvising on) the tricks of mainstream genres, as is the case with RapChat, is all part and parcel of growing the genre beyond that 1%. 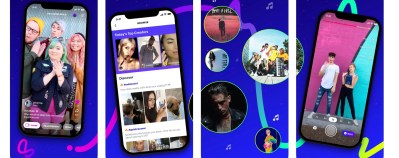 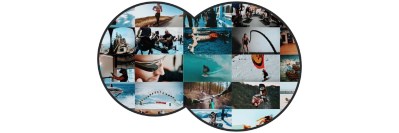 We've been writing about startup Weav Music since 2017, when the company co-founded by Google Maps co-creator Lars Rasmussen signed its first major label deals. Its first app, Weav Run, was an app for runners with 'adaptive'...
Read More