Ticketing search engine TickX has a new chairman: Laurence Marlor, previously the co-founder of Rentalcars·com. The company says he has joined to guide TickX’s international growth, for a service that taps more than 100 other ticketing platforms to help people find tickets for music concerts and festivals, as well as theatre, comedy and cinemas.

Marlor joins the year after TickX raised a £3m funding round, which it says has been used to grow its team “considerably” as well as developing its platform.

The company previously said that more than 2.5 million people used TickX in 2018, but that it expects this to double to five million in 2019 “We are delighted to welcome Laurence as our new chairman. His vast experience building some of the world’s largest consumer-facing brands in the travel industry will be invaluable as we step up our international growth,” said CEO Steve Pearce in a statement.

We've written about ToneDen a few times in recent memory: for a profile of its social and streaming marketing tools in November 2019, for example, and then a story in June this year about its 'StreamLinks' feature offering...
Read More

It’s not been smooth sailing for secondary ticketing firm Viagogo’s $4bn takeover of rival StubHub since it was announced in November 2019, thanks to regulatory investigations and Covid-19. Now Viagogo is proposing...
Read More 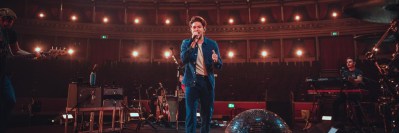 It was a busy weekend for online concerts firm Driift, which had two big events airing on Saturday night: a livestream from former One Direction member Niall Horan, and a pre-recorded concert by Kylie Minogue. This morning,...
© Copyright Music Ally All rights reserved 2020 - Website designed and maintained by