SoundCloud has launched Promote for users of the platform to help them better push tracks to listeners. The self-service tool is part of SoundCloud’s Premier tier for users to assist them in getting their music in front of more people on not only SoundCloud but also other digital platforms.

“With Promote on SoundCloud, creators can set their own budget and choose from a variety of advanced targeting options to help drive track plays, reach more diverse listener groups and build real-time, interactive connections with their fans,” says the company. “The power of promotion is in the hands of creators whenever they want to elevate new tracks, fuel excitement for upcoming album releases, or build local market buzz in advance of tour dates.”

This comes after the company launched a nine-part video series called SC101 in August which is designed to each artists how to getter use and get the most out of its platform.

The company has been making moves this year to build up its subscription business – most notably appointing Anthony Gabriele as its SVP of subscriptions and marketing (he was formerly director of subscription marketing at Apple) – and the addition of new tools like these for creators is part of that wider thrust. There have been some interesting moves in this whole area recently to give creators and copyright owners more control over their own on-platform promotion. Compare what SoundCloud has done to what Spotify launched in beta last month to let artist teams pay to promote releases to both free and paying users. Both companies need to build up revenues and are under growing pressure to let acts and labels have more control over the promotion of their own music on these platforms. While artists and copyright owners will always demand more control and feel the services could let them in closer to the centre of things, but these moves from Spotify and SoundCloud are certainly heading in the right direction.

SoundCloud has acquired Musiio, the Singapore-based startup that has developed a service offering AI-powered analysis and tagging of music catalogues.
Read More 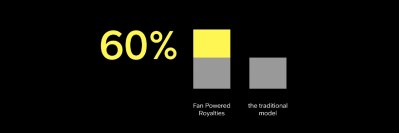 SoundCloud reveals some stats on its ‘Fan-Powered Royalties’

It's just over a year since SoundCloud launched its user-centric 'Fan-Powered Royalties' system, so how is it going?