On the surface, news that Apple Music has launched a feature called ‘Replay’ gathering people’s favourite tracks of the year might be seen as a copycat of Spotify. The latter’s annual ‘Wrapped’ promotion included a personalised ‘Your Top Songs’ playlist last year (example here).

However, Apple’s ‘Replay’ is more interesting than a mere fast-follow. The key here is that it’s a year-round thing: a new ‘Replay 2020’ playlist will be created at the start of January for every listener, and updated throughout the year (every Sunday) as they listen to more music. The feature is also backdated: ‘Replay’ playlists have been created for 2019, but also the previous years that a listener has been subscribed to Apple Music.

Spotify has yet to launch its ‘Wrapped 2019’ promotion, so we’ll see what the company has up its sleeves to improve its own recap feature. But Apple Music’s move is a sign that it can build on the ideas of its fierce rival, rather than simply copy them. This innovation contest will be good for listeners overall. 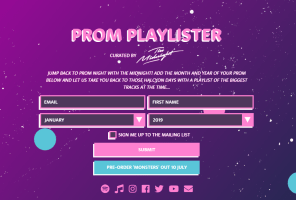