Spotify’s pipeline of original podcasts is well and truly rumbling as 2019 draws to a close. The latest show to be announced by the streaming service is called ‘Harmonize’, and it’ll be focusing on “conversations about the conscious and unconscious racial bias that weighs heavily on people of colour from the perspective of black male musicians”.

Spotify has even bagged the Sexiest Man Alive (and famed ham-sandwich maker) John Legend to take part in those conversations alongside artist and executive Pusha T, and host Jamilah Lemieux. A companion playlist has also been launched on Spotify featuring the music and artists mentioned in the four episodes. There’s also a brand involved, P&G – the latest example of a ‘branded original’ show on the service.

“With an increasing amount of consumers expecting brands to take a stand on political and social issues, it’s important to not only support these initiatives, but also find ways to build upon them. Through this new original podcast, we’re expanding the conversation around bias,” said Spotify’s global VP, partner solutions Danielle Lee. 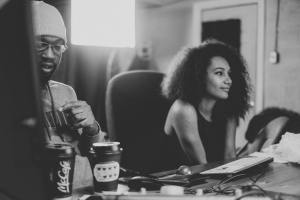 There’s news today of two new programmes aiming to continue the work of supporting Black people and Black-owned companies working within the music industry, from either side of the Atlantic. In the US, independent body...
© Copyright Music Ally All rights reserved 2021 - Website designed and maintained by