On Saturday and Sunday (November 16-17), Capitol Music Group held its 2nd annual music and tech festival, Capitol Royale, at its Los Angeles headquarters. The theme for this year was ‘Music on the Move’, with workshops, hackathons, panels, and social events revolving around the ever-changing landscape of music and innovation.

Kicking off on Friday was the Femme It Forward showcase hosted by Live Nation Urban’s Heather Lowery, which gave a spotlight to women performers including Layton Greene, Maya B, DeathbyRomy, and phem. In addition, the non-profit Girls Make Beats hosted a DJ set and Amber Grimes, Capitol’s SVP of Global Creative, led a fireside chat with singer-songwriter Fletcher about female empowerment and advancement in the industry.

This initial programming piece of the festival made it stand out significantly offering a multi-layered effort to show the importance of giving a platform to women in the industry from both a creative and business perspective. 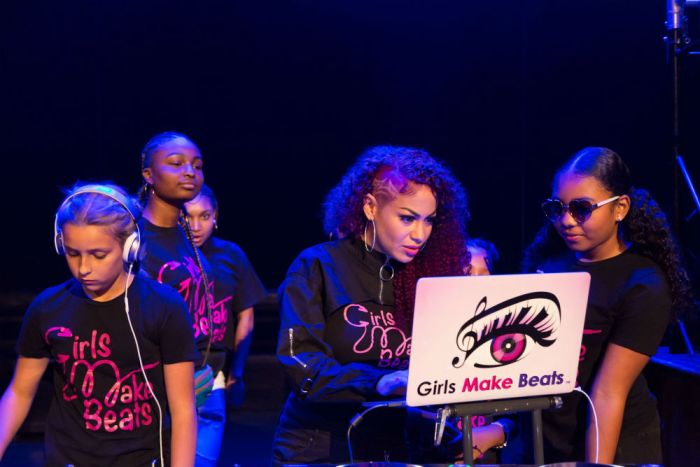 The rest of the festival took place at Capitol Records in Hollywood on Saturday and Sunday. From 11 am onward on Saturday, attendees were treated to an array of panels, challenges, performances, and talks around music and tech.

Opening up the day on Saturday, CEO of Capitol Music Group Steve Barnett kicked off remarks after an eclectic and dynamic intro video put together by Grimes’ team. Barnett stressed that first and foremost Capitol was an “artist development company” saying, “we ultimately owe our success to our artists and their music”.

After walking guests through the organisation of Capitol Music Group and its sub-labels including Astralwerks which has gone from the eighth-biggest dance/electronic label to the number one in 18 months as well as other formidable imprints like Blue Note, independent distribution arm Caroline, and Motown Records which recently scored the soundtrack to Oscar-contending film, Queen & Slim.

Next up, chief operating officer of Capitol, and Barnett’s right hand lieutenant, Michelle Jubelirer stressed that the weekend would focus on the theme of “greater inclusion, immersive technology, and the increasingly cross border landscape.”

A key part of the weekend was the opportunity for participants to create solutions powered by sponsors that can help the industry. Motown artist Vince Staples hosted a challenge for developers to create technology focusing on the in-car experience. The winner, Stardust, provided an interactive radio DJ app for the car and won $12k presented by Staples and Scott Burnell of Ford.

Another challenge was won by a group titled Catch that created a Pokemon Go-like experience for “catching” music in an area. Catch won alongside Carseat Singer which provided a unique in-car singing experience for drivers. These awards were presented by Capitol artist Katori Walker and technology company Bose.

In total, 27 apps were built and $35k collectively was awarded through various private and public challenges throughout the festival. 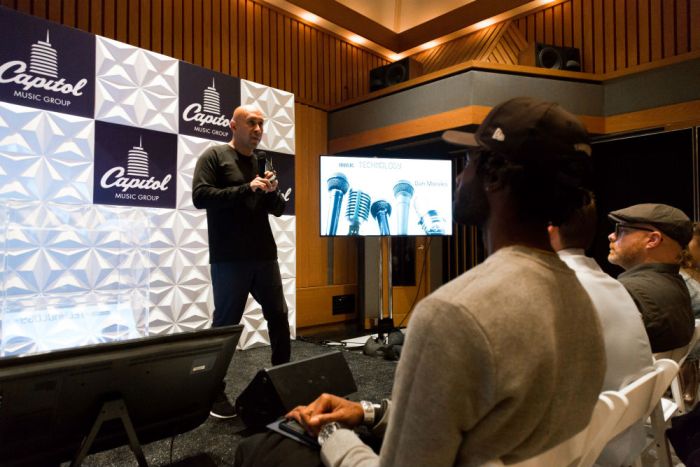 Be Nimble, Keep It Simple, and Go Develop

Next up, chief information officer Dan Morales gave a talk on the important elements to drive technology innovation. He anchored his thesis on Moore’s Law, which states that technology will double its capability every 2 years. He noted, “think about the kind of market it’s going to take for whatever you’re going to develop to get into the market place knowing that things are going to double.”

His pillars for innovation necessary included people skills and culture, delivery process, system architecture, and platform. Speaking on the first pillar, he remarked, “in order to innovate, you need diverse backgrounds at the table. You got to build the team and culture in order to do that.”

Other great points were made including not allowing bureaucracy to stifle movement and his advice to “be nimble, keep it simple, and go develop” in terms of architecture and platform.

Another talk that provided great insight was from Glitch’s CEO Anil Dash, who began by noting that the studio everyone was in was the place where Prince recorded a song on December 7, 1984 after flying back from a show and rehearsal where he was unable to get his band to produce a song idea he had. Prince’s ability to singlehandedly play and record all parts of a record at Capitol showed the early keen sense he had of understanding how music and technology shape each other.

Dash went on to give other examples such as Sly Stone, Jimi Hendrix, and Stevie Wonder noting that often black artists in the past had to innovate due to not always having the resources available to them to create art based on deep-seated racism in the business.

He made a poignant statement saying “artists reveal to technologists what the technology is for” meaning that artists can often take technology meant for one aspect of innovation and utilise it to express themselves in an organic way. His story of how Stevie Wonder made the hit record ‘Superstition’ on a keyboard meant for 16th-century music for his own fresh take on its sonics. 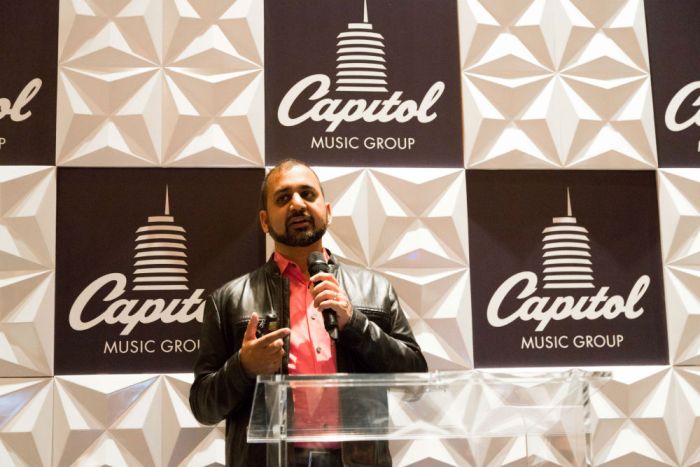 What’s Left of A&R in a Major Label System

Sawin noted that the company looks at about six to eight chartboards to decipher an artist’s reach and engagement while Loesch said that she works with Temske’s team for analytics into artists she’s personally scouting.

Desai took an optimistic perspective on how helpful data is to artists saying “the A&R function is evolving a little bit, at least on the data side, to be able to listen to music like a human would and then bring it in front of the right decision-makers so they can get a chance to make it through.”

However, he along with a few others on the panel cautioned how numbers can be manipulated and an artist can look to have a greater digital footprint and fan engagement than they have. A question from an audience member, though, revealed how sometimes manipulation allows an artist to “fake it til you make it” showing initial popularity which may draw other potential fans to listen and take in the music.

Developed by a team at the M.I.T. Media Laboratory, it's a web app designed to run across desktop and laptop computers as well as other devices.
© Copyright Music Ally All rights reserved 2021 - Website designed and maintained by