Deezer takes its HiFi tier to smartphones and the web

When Deezer launched its hi-res music tier back in September 2014 in the US, it was called ‘Deezer Elite’ and was only available through Sonos devices. Since then it has been rebranded as ‘Deezer HiFi’ and made available on a wider range of devices, as well as the streaming service’s desktop app. Now it’s expanding its footprint further – and considerably so.

Deezer HiFi tier is now available through the company’s mobile apps as well as through its web client. Deezer says the tier now has more than 52m songs available in FLAC-quality. It also says that it has seen a 45% increase in HiFi subscribers worldwide in the last year, although Deezer hasn’t said how many actual people that is out of its 14 million monthly users – of whom half were paying subscribers at the end of 2018.

To promote the newly-expanded HiFi tier, Deezer is offering listeners a three-month free trial, before the usual £19.99-a-month subscription kicks in. The news follows Deezer’s recent launch of a standalone app for tracks in Sony’s new 360 Reality Audio format. 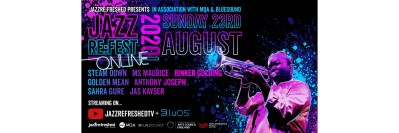 Jazz Re:Fest to stream with MQA and Bluesound partnership

Another festival forced to switch from offline to online this year is Jazz Re:Fest in the UK. Its 2020 version will be held on 23 August, with four hours of performances streamed from a two-stage set in The Mill studios. That...
Read More 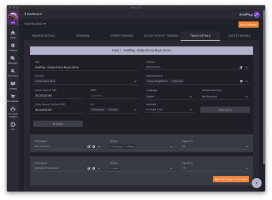 We wrote about Apple Music and Amazon Music's new playlists focusing on Black British music yesterday. Now Deezer is launching a new 'Black Culture' channel on its service, with a global focus and an emphasis on podcasts...
© Copyright Music Ally All rights reserved 2020 - Website designed and maintained by