Spotify launches its own awards and talks up podcast ambitions

The Grammy nominations and Taylor Swift’s AMAs row aren’t the only awards stories making headlines this week. This morning, Spotify announced plans for its first ever ‘Spotify Awards’, which will be held in Mexico City on 5 March 2020. Turner Latin America is on board as the broadcast partner, and Spotify says that the awards will be based “entirely on user-generated data… an awards ceremony that actually speaks to what the people are streaming”.

More details will follow, including the extent to which the awards will focus on Latin America versus the world. An official playlist launched alongside the announcement is heavy on Latin artists, but also has global hits (and, make of this what you will, Bon Jovi’s ‘Livin’ on a Prayer’…)

It’s not the first time a data-driven music awards has been mooted: in June 2018, conference-organiser Reed Midem announced plans for a Midem Music Awards in 2019 “entirely based on platform-enabled fan data” supplied by analytics firm Soundcharts. Those awards didn’t happen this year, but in June Midem boss Alexandre Deniot said in an interview that they’re now scheduled for 2020.

Spotify’s awards news came as CEO Daniel Ek and chief content officer Dawn Ostroff gave their latest interview, to The Hollywood Reporter. The focus was mainly on podcasts, with some good (new) information on Spotify’s spoken-word investments. Among the highlights: the claim (by THR rather than the execs) that Spotify paid “upward of $10m” to secure its exclusive podcast-production partnership with Barak and Michelle Obama; some details on plans to build a 154,000-square-foot podcasting hub in Los Angeles including 17 recording studios; and estimates that Spotify now (in the US) “captures between 10 and 20 percent of the overall podcast audience” – behind only Apple’s estimated 50% share.

Podcasts also cropped up in an appearance yesterday by Spotify’s outgoing CFO Barry McCarthy and his replacement Paul Vogel at the RBC Capital Markets conference in New York. “There will be more users of audio than users of video [in five years’ time] because there are more occasions for use. It touches more parts of your life,” said McCarthy, according to MBW, which noted Spotify’s belief that podcasts will help the company ultimately grow advertising to 20% of its revenues, rather than the current -10%.

McCarthy’s podcast comments also reflected Ek’s views in the Hollywood Reporter interview. “When you look at the amount of time that people consume audio, it’s about the same in the U.S. as people spend watching video. But the audio industry is less than one-tenth of the size of the whole video industry. The question one needs to ask oneself, are your eyes worth 10 times as much as your ears? My view is that they aren’t and that (audio) is going to be even more valuable in the future,” said Spotify’s CEO. 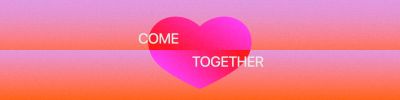 Streaming services have been talking about their latest actions and data amid the coronavirus pandemic. Apple Music has a new hub called ‘Come Together’ gathering new playlists including ‘Isolation Icebreakers’, ‘Work...
© Copyright Music Ally All rights reserved 2020 - Website designed and maintained by