Christmas is coming, and Music Ally’s list of cheap music-streaming subscription promotions is getting fat. YouTube is the latest in to the festive fray, with a ‘Cyber Week’ offer in the US of an extended three-month free trial of its YouTube Premium tier, rather than the usual one month of free access. That includes YouTube Music Premium, as well as ad-free and download options for other YouTube videos too.

It kicks off on 2 December, as does a separate holiday offer for YouTube Music specifically, again offering an extended three-month free trial – this time in the US, France, Norway, the Netherlands, Brazil and Argentina. Meanwhile, Russia, Ukraine, South Africa, Poland, Turkey, India, Japan, Thailand are getting offers for YouTube Premium and YouTube Music Premium, while Canadians can bag a free Google Nest Mini smart speaker if they sign up for a subscription – they’ll have to wait to get it until their second payment.

The news came as YouTube also announced an extension of its concert-ticketing feature to the UK and Ireland. Music videos on artists’ official channels will now include ticket listings in those countries, courtesy of partnerships with Ticketmaster, Eventbrite and See Tickets. The feature launched in the US in November 2017 in the US, and has since expanded to Canada, Australia and New Zealand – and now the UK and Ireland too. 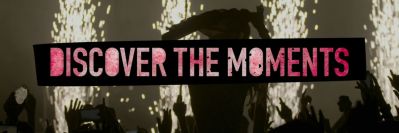