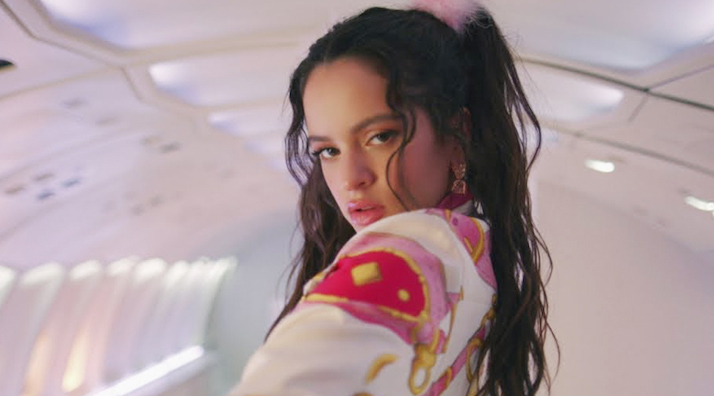 The weakening of Anglo-American pop’s grip on the mainstream is nowhere more apparent than in YouTube’s run down of its most-streamed music videos globally of 2019.

Latin America/Spain in general, and Puerto Rico in particular, dominated the platform’s 10 biggest videos of the year, with Daddy Yankee & Snow’s ‘Con Calma’ the most-watched video, followed by Rosalía and J Balvin’s ‘Con Altura’ and then Anuel AA and Karol G’s ‘Secreto’ coming third. Shawn Mendes (Canadian) was at number 6 with ‘Señorita’ but only with the help of Camila Cabello (Cuban-American), while Billie Eilish (at number 9) and Ariana Grande (at 10) also made the list. But the higher ranking of Blackpink and ‘Rowdy Baby’ from Indian Tamil-language film Maari 2 shows just how global YouTube is and how it is changing the very architecture of pop. Indeed, only four of the top 10 songs (and none of the top 5) had English vocals: a sign of the times on this and other platforms.

When separated out for the biggest video hits in the US, it was – inevitably – the year of ‘Old Town Road’ (with two appearances in the top 5). A few years ago, as ‘Despacito’ was breaking, there was much talk about how Latin pop was going to change the mainstream of pop. It has, but it also made it more global and more thrillingly diverse than many could have imagined.

YouTube has emailed its music users with an update on how it’s managing artists’ channels. Many now have an ‘Official Artist Channel’ on YouTube, but also their own channels, Vevo-branded channels, and ‘topic’...
Read More

YouTube remains the Billy Big Boots of the online video world, according to the latest report from mobile analytics firm App Annie. It claims that of the time spent in the world’s five most popular video streaming apps...
© Copyright Music Ally All rights reserved 2020 - Website designed and maintained by