Sesame Street has just turned 50 and has a long history of using music as an education tool, releasing a variety of spin-off albums through the years. (If you’re looking for a way to celebrate Big Bird and Oscar the Grouch puppeteer Caroll Spinney, who has just died, 1978’s ‘Sesame Street Fever’ disco album might be the place to start). Which is a long set up to say that Sony Music Kids in India has created a new animated character called Rhyme Rapper aimed at preschoolers, who will rap in Hindi, including covering classic nursery rhymes. Each rhyme will end with a moral.

Three different albums (with nine tracks on each) will be released as part of the initial promotion, with the first coming out on 6th December. Interestingly, considering the age range of the target demographic, the rhymes will be available on YouTube, Facebook, DSPs including Ganna, Spotify and Saavn as well as on TikTok.

Of course, this is designed to reach parents wherever they are, but it is interesting for a brand aimed at kids to have such a multi-channel strategy from the off. Nursery rhymes have driven huge audiences for western children’s channels like Little Baby Bum in the past. Given YouTube’s popularity in India for music, Rhyme Rapper looks like a smart launch. 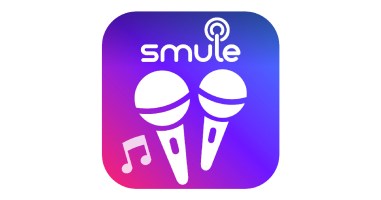 Social music app Smule is the driver behind a new X-Factor style ‘musical reality show’ that’s launching in India this month. The show is called ‘1, 2, 3… Riyaaz’, and it’s entirely digital (i.e. not on...
Read More

India’s growth as a music-streaming economy (if not, just yet, a music subscriptions economy) continues apace. Blaise Fernandes, the head of record trade body Indian Music Industry (IMI), says that there are now 200 million...
Read More

Sony Music’s recorded music business saw its revenues grow by 11.4% year-on-year to $1.16bn in the final quarter of 2019, according to the latest financial results for its parent company. That included a 20.6% increase...
© Copyright Music Ally All rights reserved 2020 - Website designed and maintained by