BTS show off Spotify stats, but YouTube still bigger for them

The latest act to get into the Spotify Wrapped co-promotion mood are BTS, with the headline stat being that their music has been streamed over 3bn times on Spotify in 2019. Those streams come from 60 million people across 79 countries – resulting in 178.4m listening hours. Reminder: Spotify’s ‘Wrapped’ data covers the period of January to October, so it’s 10 rather than 12 months of data. Even so, it’s worth setting this against BTS’ YouTube streams.

According to YouTube’s public stats, over the last 12 months, BTS’ music has generated 6.07bn total plays on YouTube (user-generated videos included) with a phenomenal spike on 12 April, the day the band’s ‘Map of the Soul: Persona’ EP was released. Daily streams up to that point had been around 12-15m streams, but on 12 April they shot up to 110.9m. The comparison is 12 months versus 10 months, but to level it out, BTS averaged around 300m monthly streams on Spotify and 505.8m monthly plays on YouTube this year.

One important caveat: Spotify is not yet available in BTS’ homeland, South Korea. It’s their sixth biggest country for YouTube plays (363m), with capital Seoul their third biggest city (127m) behind Jakarta and Bangkok.

TikTok says it helps 80% of its users discover new music

It’s not just Twitch that is commissioning research to show how marvellous it is for the music industry. TikTok is doing the same. Yesterday, it published the results of a study it conducted across the UK, France, Germany,...
Read More

Roblox reveals its daily active users fell in May

It’s been an impressive story of growth for games platform Roblox, but its daily active users (DAUs) actually fell in May this year. The company is reporting its metrics every month, and says that it had 43 million DAUs...
Read More 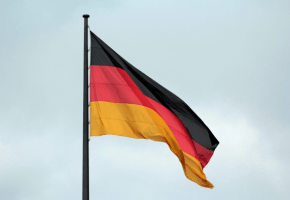 Video streaming contributed less than 4% to Germany’s recorded music income last year, despite being one of the most popular consumption methods, according to German music industry body BVMI. Germany’s recently-released...
© Copyright Music Ally All rights reserved 2021 - Website designed and maintained by