Deezer is adding a selection of DJ mixes to its streaming service, with Michael Mayer, Modeselektor, Mark Knight, Wil Saul, Sultan + Shepard and Makoto among the DJs taking part, with the first mixes launching on 30 December.

Mix sets have long been a tricky area for music-streaming services, in terms of rights clearances and royalty calculations. It’s one reason startups like Dubset have emerged to handle those tasks and make mixes available for DSPs. Deezer declined to provide specific details about the licensing when Music Ally asked, but its spokesperson said that the company has been working directly with labels in this case.

Deezer will be adding more DJ sets in February 2020 “from the labels involved in our pilot launch” as well as Warp Records. In its announcement, Deezer also stressed that “unlike others, we’re making sure each featured artist gets their fair share of revenues when you enjoy their mix”.

The mixes will actually be served up as playlists, with the first track being the full-length mix, followed by the individual tracks featured within it – the idea being that people will be able to easily favourite the tracks they like while listening to the mix. 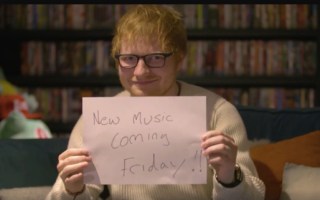 If a pop star wants to go away, can they ever really ”go” away? In an age of always-on communication, the marketing fires can never go out completely; but the longer they stay away or the quieter they are, the harder...
Read More

Paul Pacifico, CEO of UK indies body AIM, used his speech at the organisation’s AIM Connected event in London this week to talk about post-Brexit challenges for musicians. “We are working alongside our colleagues at the...
© Copyright Music Ally All rights reserved 2020 - Website designed and maintained by